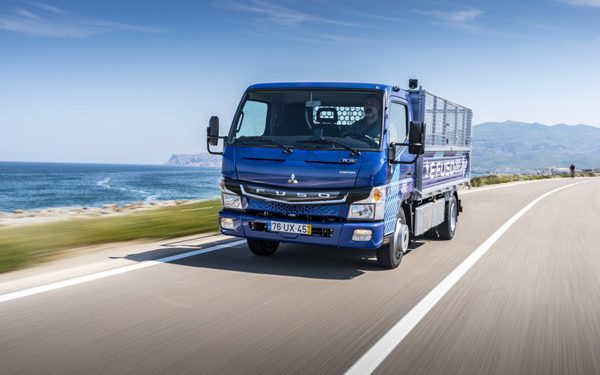 Mitsubishi Fuso will soon start testing the eCanter electric truck in Bali in August 2022. This trial is the first in Indonesia, as well as direct testing in daily operational activities.

According to PT Krama Yudha Tiga Berlian Motors (KTB) as the official distributor of Mitsubishi Fuso in Indonesia, they said that the Mitsubishi Fuso eCanter trial was a form of company support for the Indonesian government’s efforts to reduce emissions in the transportation industry.

The electric truck is planned to be used to distribute raw materials to factories and support shipping routes in the Denpasar, Bali area. From this activity, PT KTB and Mitsubishi Fuso Truck and Bus Corporation (MFTB) later hope to collect data on customer needs so that they can continue to deliver the best products.

“We will start Proof of Concept (trial) of eCanter in Bali with consumers. We ensure that we will take a new step in Indonesia’s EV era. Under the strong leadership of the Government of Indonesia, we will also contribute towards being carbon neutral with our advanced technology. To achieve this, we need to study the real market needs by communicating intensely with consumers,” said Nobukazu Tanaka, President Director of PT KTB.

The Mitsubishi Fuso eCanter is a mass-produced electric truck developed by MFTBC as a solution to urban environmental problems such as noise, exhaust gas and CO2 emissions.

Since its first launch in 2017 in the Japanese market, FUSO eCanter has supported a wide range of logistics businesses and other industries in their transition to greener transportation.

So far, more than 350 units of the Mitsubishi Fuso eCanter have been delivered to customers in Japan, Europe, Australia and New Zealand, and collectively have covered more than 4.5 million kilometers worldwide.