by James Bryant
in McMurtry, News
Reading Time: 1 min read
A A
0 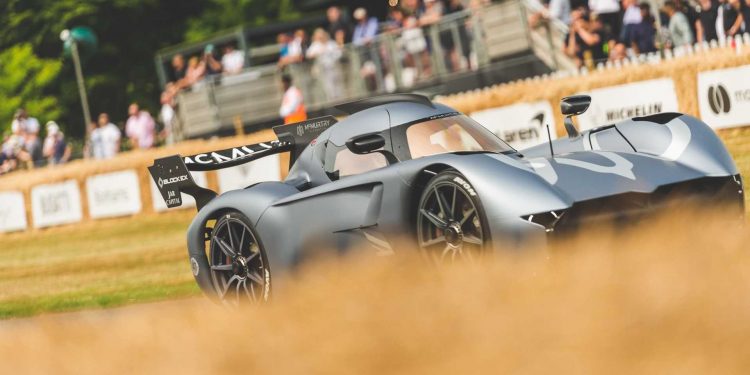 The Rimac Nevera can accelerate from 0-60 mph in 1.9 seconds and is the only electric hypercar ever to cover the quarter mile or 400 meters in nine seconds. Speirling McMurtry also beat that record, covering the 400 meters in 7.97 seconds.

Speirling’s hypercar still uses the same pre-production engine that McMurtry brought to Goodwood. So the company cannot yet claim to have the fastest accelerating production car in the world.

But this engine is basically derived from a production engine, which will weigh the same, produce the same power, and also produce the same downforce. The Speirling electric hypercar weighs less than 1,000 kg and produces 1,000 horsepower, with a super low frontal drag profile.

The car also has a set of fans underneath that can suck it to the ground with an incredible 2,000 kg of downforce when stopped. So when you turn on the fan, it grips the road like a 3,000 kg clingfish, but glides forward so lightly.

This fan overcomes the main problem holding back electric hypercars from accelerating faster, tire adhesion is pure, and the result is, quite as impressive as it looks. Currently the maximum speed of this hypercar is limited to 150 miles/hour or 24 km/hour. However, there is a big possibility that the official production version of this car is capable of going faster.

Cadillac Lyriq AWD launch in the Chinese market with 503 HP

Hyundai in Norway only sells electric cars from January 2023