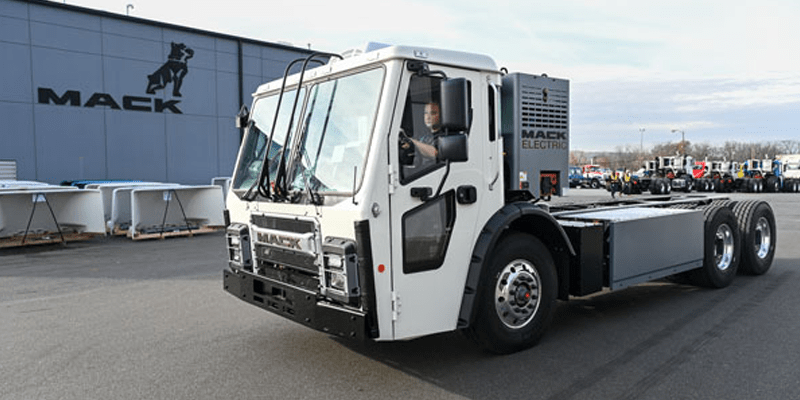 Mack Trucks has commenced production of its first Mack LR Electric series of heavy-duty all-electric trucks at its plant in Macungie, Pennsylvania.

Mack Trucks is the US commercial vehicle manufacturer Mack Trucks, part of the Volvo Group. Mack LR Electric’s first order has been in place since June.

The Mack LR Electric, has 66,000 pounds (30 tons) and a payload of 11.5 tons. The truck is powered by two electric motors which together produce 334 kW of continuous power and 400 kW of peak power. The Mack LR Electric has four battery packs with NMC cells that can be charged up to 150 kW. Mack Trucks has yet to give details on battery capacity, but its range is said to be 70 “miles at work”, the equivalent of 112 kilometers.

The Mack LR Electric has a regenerative braking system that is expected to increase efficiency. Mack’s vehicles are often used in waste disposal.

“Mack has long been a leader in the waste segment, and we are excited to now manufacture Mack LR Electric vehicles to help our customers meet their sustainability goals,” said Jonathan Randall, senior vice president of sales and at Mack Trucks. ”

What you should know about Tesla electric car maintenance