by James Bryant
in Hyundai, Photos
0 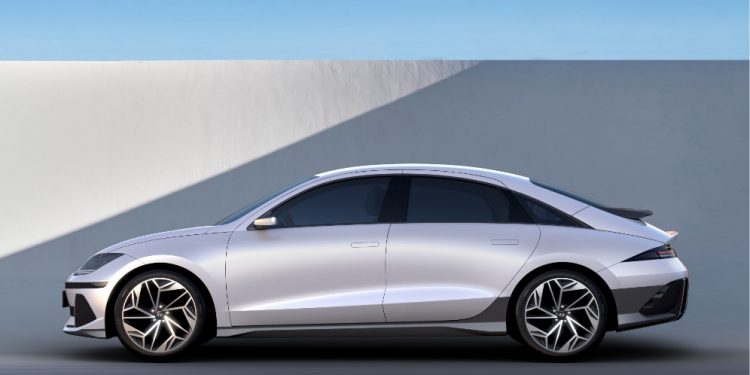 The Hyundai Ioniq 6 electric car has finally been officially introduced in its entirety. Previously, Hyundai only released a detailed teaser of the design of this electric sedan. The design of this electric sedan is completely aerodynamic. The front looks minimalist, without many pinned ornaments. While on the hood, the right and left sides are made more prominent and seem to be part of the A pillar. The headlights are different from the Ioniq 5, but still have LEDs with a square shape. Then, under the lamp, there is an ornament in the form of a horizontal line that extends from end to end.

On the other hand, Ioniq 6 brings a new breakthrough. This car no longer uses conventional mirrors that use mirrors, but cameras. Meanwhile, the door still carries the same concept as the Ioniq 5, namely using Flush Door Handles. The goal is to reduce air resistance to make it more aerodynamic. The bottom of the door is given an indentation to appear dynamic. Then, the rim design is also made into a two tone model. The body is made plain without side body molding.