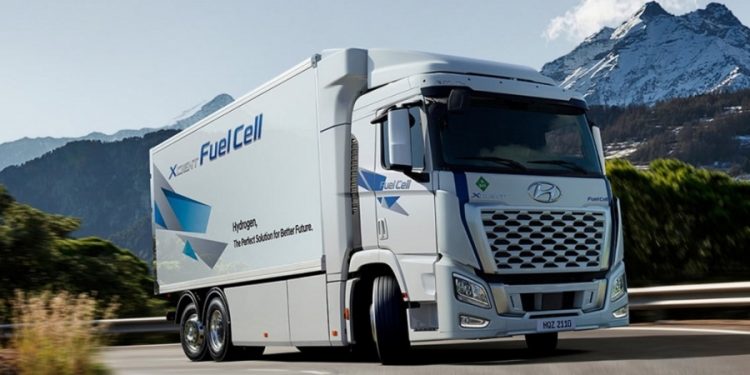 Hyundai Motor Company announced that it is preparing to export its hydrogen-fueled heavy duty truck, the Hyundai XCient, to Germany which is one of the largest commercial vehicle markets in Europe.

The seven German companies mentioned above initially applied for funding with the Hyundai XCient hydrogen truck and managed to receive approval from BMDV which once again proves the competitiveness of the South Korean commercial vehicle product.

To build a hydrogen ecosystem in the country, HHMG will operate local market sales and customer service and upfitter management in the European market. HHMG also plans to actively participate in the second funding program.

The Hyundai XCient is a heavy-duty truck with two hydrogen fuel cell systems producing 190 kW or 254 hp, coupled with an electric motor that produces 469 hp and 3,400 Nm of torque.

However, equipped with a 6-speed ATM 4500R automatic transmission, the environmentally friendly truck is claimed to be able to cover a distance of up to 500 miles or the equivalent of 804 km with a maximum speed of 85 kph.

Launched in 2020, the Hyundai XCient is the first mass-produced hydrogen electric heavy duty truck in the world. The truck has also collected more than 4 million km from 47 units deployed by the company in Switzerland in July 2022.