by Linda Ma
in GWM, Hydrogen, News
Reading Time: 2 mins read
A A
0 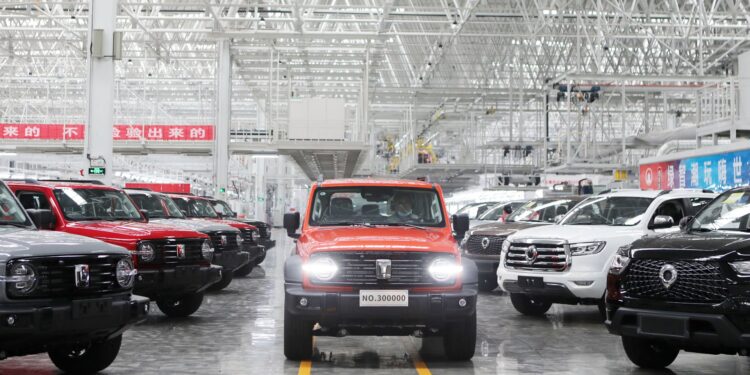 The Chinese media report, CLS, did not specify what type of car GWM will make, but this is rumored to be a major breakthrough. Hydrogen cars must have sturdy tanks to hold pressurized and solid fuel.

“Great Wall Motor’s fuel cell passenger vehicle brands and products are ready internally. It was originally planned to be launched in the second quarter of this year, but the epidemic factor is expected to delay it until the end of the year,” said a source of GWM.

It is possible this vehicle could be converted to hydrogen and then receive a lot of luxury features to increase the price. The reason that prompted GWM to create a new brand for fuel cell powered vehicles instead of adding FCEV may be related to subsidies.

The governments of Japan, Korea and Germany all have programs and are investing in the development of hydrogen-fueled vehicles. Toyota, Honda, BMW, and Hyundai are all in favor of the fuel cell program, despite the shortcomings of this technology.

See also: All Hyundai Commercial Vehicles Will Get Hydrogen Variants in 2028

The drawbacks include the ability of fuel cells to produce high peak power output. Plus this technology often requires high-voltage lithium-ion batteries as support.

This news from China is certainly exciting, but don’t expect to see a hydrogen-powered Chinese SUV rolling down American roads any time soon. Not only because Asian automakers don’t sell cars in the US, but also because sales of the reserve requirement are still largely domestic.

It is known that GWM sold 1,280,993 cars in 2021, but only 142,793 were shipped overseas. So it is not yet clear whether any of the new hydrogen vehicles built by GWM will be exported outside China.