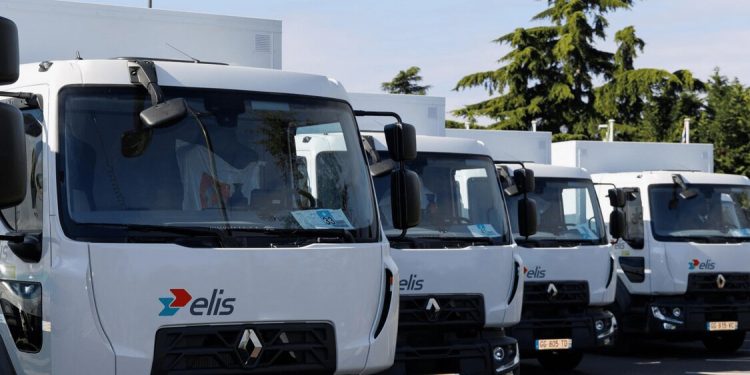 French textile company Elis has purchased eleven electric trucks from Renault Trucks to decarbonize their delivery fleet. The Renault electric trucks will be used for night delivery and linen collection from Elis customers in the hotel and catering sector in the areas around Paris and Clermont-Ferrand.

Elis purchased an electric truck of the E-Tech DE type which will travel more than 100 km every day and serve around 700 customers every week. Elis himself has installed AC charging infrastructure in his washing center.

Elis targets to decarbonize their fleet by 2025. Previously they had acquired ten new light electric vehicles.

The new Renault electric trucks come with lithium-ion batteries from 200 to 400 kWh which can provide a range of up to 400 kilometers. The 16-ton vehicle has a 185 kW electric motor and sets a continuous line at 130 kW. The maximum torque produced is 425 Nm. The maximum payload reaches 11 tons.

Renault targets half of its electricity sales volume by 2030.

VOLT City EV specifications : Everything you need to know