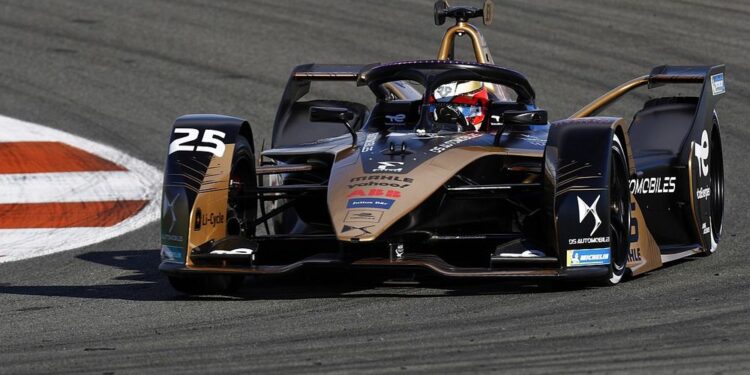 In fact, Jean-Eric Vergne arguably controlled the running of Formula E Jakarta 2022 until the final half when he was bent by Mitch Evans (Jaguar) at the seventh corner.

With the finish second and his teammates finished the race in fourth position, these results still make DS Techeetah successfully steal 33 points. However, he admitted that these results were not enough to cover his disappointment for failing to gain victory.

“It wasn’t enough, we should have won and in the end we failed,” said Jev

“Obviously I’m happy with the points we got, but we are here to win and today our car was very capable of doing that.”

Jev explained that his team asked him to carry out an alternative strategy to deal with the temperature of the battery starting to overheat. An important thing, because the battery is too hot can cause it to fail to finish.However, this strategy slows him down and can be attacked quite easily by Mitch Evans.

“When I was allowed to return to the original strategy 2-3 laps later, I had gone too far,” he added.

In fact, Jev even had to survive the attack of Edoardo Mortara (Venturi) who in turn threatened his second position until the finish line. Although in the end, Jev managed to withstand the onslaught of the Swiss racer to secure the second position.

Seeing the momentum of DS Techeetah’s performance which has been on the rise in the last few series, Jev is determined to perform better in the next series, Formula E Morocco 2022.

“Surely revenge will be our main target in Formula E Marrakech later,” he concluded.

Cadillac Lyriq officially available for reservation in the Chinese market

Cadillac Lyriq officially available for reservation in the Chinese market