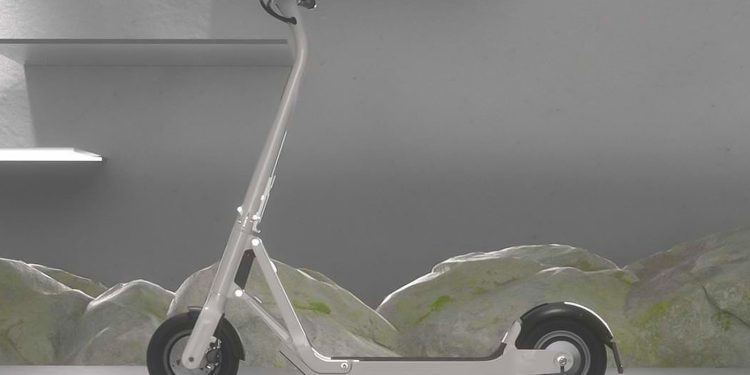 McLaren was recently reported to be preparing a premium electric scooter through its McLaren Applied subsidiary, Lavoie. There is advanced technology taken from Formula 1 cars and supercars made by McLaren which are applied to the electric scooter called Lavoie Series 1.

The development of this electric scooter itself is intended to support individual mobility with a premium appearance and of course environmentally friendly. Reportedly the manufacturer hooked up Callum’s design house, owned by former Jaguar designer, Ian Callum, and will be priced at £ 1500-£ 2000.

The development of this e-scooter was actually started by McLaren Applied starting from research, technology and patents which later this project was handed over to its subsidiary Lavoie to be perfected. Meanwhile, the founders of Lavoie namely Eliott Wertheimer and Albert Nassar are also known to have headed the high-tech e-bike and e-scooter manufacturer Furosystems.

Looking at the appearance of the Lavoie Series 1, which will be marketed, it does look quite premium. According to the manufacturer, this Series 1 will be the first model to be marketed from the range of electric mobility machines in the future. The focus will be centered on a luxurious design and supported by advanced features that make it easy for users.

“We are premium luxury. Our main focus is to offer the best machines, not at insane prices but in a way that maximizes functionality and performance,” said Wertheimer, Founder of Lavoie.

The manufacturer uses magnesium material in this electric motor so that the Series 1 only has a gross weight of around 16.5 kg. This is intended so that the Lavoie Series 1 can be more concisely used anywhere and by anyone. In addition, the Lavoie Series 1 also has an innovative folding mechanism or called Flowfold and is inspired by the Formula 1 suspension. Riders only need to press one button to fold the front and rear wheel hinges which are then integrated into the frame.

Lavoie also designed the Series 1 handlebars to be more ergonomic and angled like a motorcycle. Designs like this are also claimed to look more natural and also comfortable for driving longer distances. In addition, the deck on the scooter is made wider than scooters in general in order to increase driving stability on the highway.

According to several sources, the Lavoie Series 1 will be available in two variants with differences in cruising capabilities. In the entry-level variant, the Lavoie Series 1 can be driven as far as 40 km on a single full charge, while the top variant can reach 50 km. However, the manufacturer has not divulged in detail the specifications and battery capacity that will be used by the Lavoie Series 1. But for security reasons, the maximum speed of this Series 1 will be limited to a maximum of 40 km/hour and can be controlled via a smartphone application.

There are also interesting features that are being developed by the company, namely a special navigation application that is integrated into the scooter screen and various other safety features. The presence of Series 1 is also a new challenger for similar electric scooters such as the Bo M and Pure Electric Pure Advanced which will be released in the near future.

IMA will provide roadside assistance for VinFast customers in Europe