by Christopher Harrison
in Einride
0 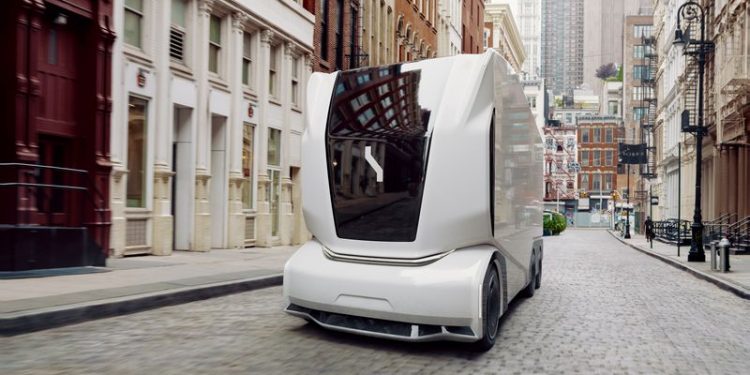 Swedish electric mobility company Einride has secured $500 million in funding, of which $200 million includes a Series C equity increase and $300 million in a credit facility.

The Series C round of capital was raised from parties such as Swedish pension fund AMF, EQT Ventures, Northzone, Polar Structure, Norrsken VC and Temasek and includes $90 million worth of convertible bonds raised earlier this year.

Temasek and Northzone alone participated in the $110 million Series B round last year.

Meanwhile, $300 million in debt from Barclays Europe will be used to secure long-term funding for its current and future fleet of heavy-duty electric vehicles, according to Einride.

The agreement provides for the provision of 150 million USD in a first step, from January 2023. This is “the largest asset-backed line of credit in the heavy-duty electric transport sector to date.

The capacity of these vehicles is utilized by Einride’s clients as part of the overall Einride freight ecosystem offering. The multi-jurisdictional, multi-currency facility supports Einride’s global fleet across the US and Europe, including other planned future expansions.

Enride aspires to create a driverless commercial vehicle and has developed a concept vehicle called the Pod.

Enride is also developing the Saga software platform, which acts as an intelligent operating system for electric (and in the future autonomous) vehicle fleets and charging and connectivity networks.

Saga is designed to help companies get their goods from A to B in a more sustainable and affordable way.

Einride has ordered around 120 Mercedes eActros, 110 electric trucks from Scania and 200 vehicles from BYD. Their customers include Oatly, Sweden’s Lidl and Maersk, Electrolux and brewer AB InBev.

In September, the Swedish company announced plans to expand into Germany after the US, as well as into Norway. At the Benelux, the push must be made through AB InBev. Other customers in Belgium, the Netherlands and Luxembourg will follow soon, according to Einride. 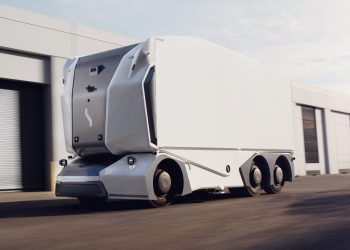