by Andy Williams
in Project Arrow
0 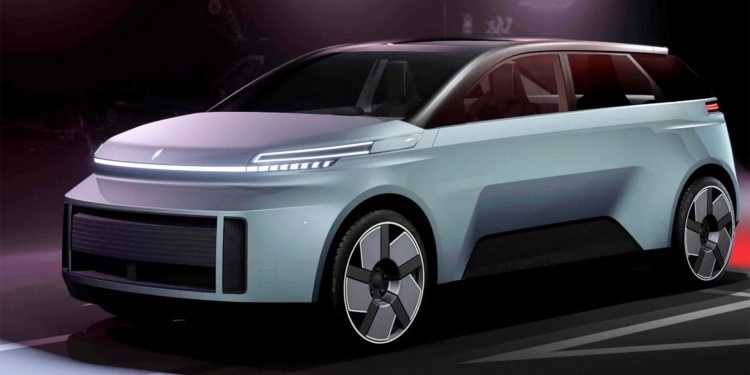 The Project Arrow concept vehicle was unveiled to the world this week at the Consumer Electronics Show by Canada’s Automotive Parts Manufacturer’s Association (APMA).

This project was first announced at CES in 2020 and featured an open competition for students across Canada to submit designs. The winning team was from Carleton University in Ottawa. After a few sketches and a brief teaser were released last year, the full vehicle was finally revealed at this year’s CES in Las Vegas.

“Today at CES, we reveal Project Arrow to the world with 25 new technologies. The Prime Minister dared us to imagine Canada’s net zero mobility future, and the Premier of Ontario challenged us to build it.” said Flavio Volpe, President of the APMA

The production version of Project Arrow is expected to cost around $60,000, according to Driving.ca. The APMA plans to produce 50,000 units per year starting in the 2025 model year.

This collaborative project involves over 50 Canadian companies and features a 82.5 kWh battery pack with a dual motor all-wheel drive powertrain.

While the official range and 0-60 mph time have yet to be announced, it is expected to be around 3.5 seconds. Project Arrow has received over $8 million in support from the federal and provincial governments of Quebec and Ontario.

It is not yet clear how the APMA will market the vehicle, but the fact that it was unveiled at a US show suggests the possibility of a global product.