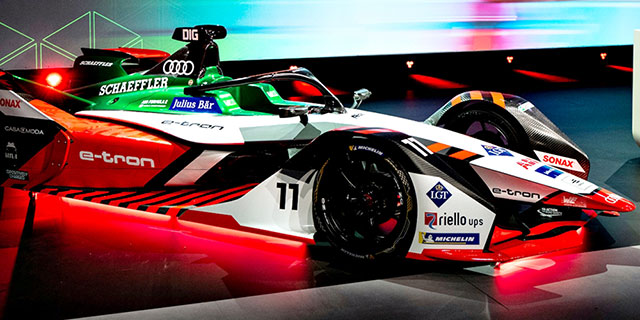 The Abt Sportsline team will return to Formula E for the 2022-23 season, when it starts using Gen3 car regulations.

Abt, which later evolved into the factory team Audi, withdrew from Formula E at the end of the 2020-21 season. Abt became one of the first teams to participate in Formula E since it was first held in the 2014-15 season.

Abt’s entry into Formula E for the 2022-23 season will not increase the number of participating teams. This is because the Mercedes EQ team had previously announced their retirement at the end of this season.

“Formula E has always had a big place in our hearts and it’s never been a secret that we want to return to this competition,” said Hans-Juergen Abt, boss of Abt Sportsline.

Abt is positioning itself as a customer team in the 2022-23 season that will use the recently introduced Gen3 cars.

For the lineup of drivers, Abt has included one name on the list, namely Rene Rast, who previously had a tandem with Lucas at Grassi before they left Formula E.

“So far, there have been two drivers that have caught our attention, and we have clear data on them,” said Abt CEO Thomas Biermaier.

Meanwhile, Formula E co-founder Alberto Longo welcomed Abt’s return to Formula E for the 2022-23 season. Longo called Abt an example of a successful team in the competition, which is now the FIA ​​world championship.

“I am delighted to welcome Abt back. They are back where they belong in Formula E,” said Longo.