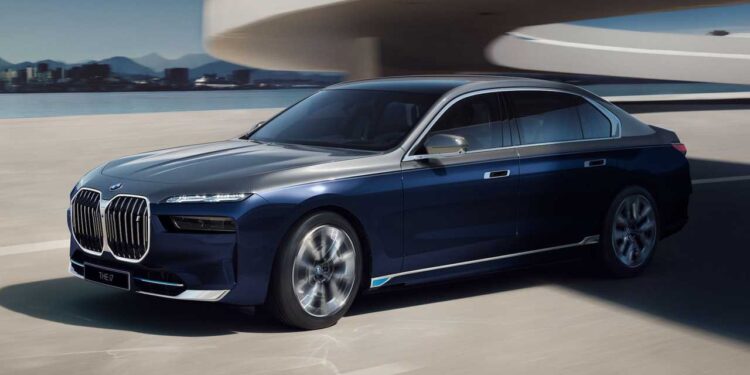 Along with its global launch, BMW Japan also released a special edition of the latest generation BMW 7 Series including the BMW i7 electric car.

Nicknamed The First Edition, this special edition was launched as the opening edition of the latest generation BMW 7 Series sold in Japan.

BMW Japan presents The First Edition in three versions, namely the BMW 740i Excellence, BMW 740i M Sport, and of course the BMW i7 xDrive60 Excellence.

The First Edition is only available as many as 150 units with 50 units per version.

See also: Up Close with BMW i7 Electric Car Technology

Since its launch, BMW Japan has started taking pre-orders and is planning to greet consumers from the fourth quarter of 2022.

What makes this BMW 7 Series The First Edition special? In addition to the small number of units, this edition is also equipped with several features that will spoil the passengers.

The first is the Rear Seat Entertainment Experience in the form of a 31.3-inch rear panoramic display monitor with 8K quality.

Then there is the Select Package which contains the Sky Lounge Panorama Glass Sunroof, Interior Camera, and the Bowers & Wilkins Diamond 40 speaker audio system.

Oh yes, there is an Executive Lounge Seat feature too, but specifically for the 740i Excellence and i7 xDrive60 Excellence only.

While on the outside, the BMW 7 Series The First Edition can be distinguished from the 20-inch two-tone aerodynamic wheels with 3D Polish.

Especially for the 740i M Sport, it gets 21-inch M aerodynamic wheels in Jet Black and 3D Polish.

Regarding specifications, the BMW 740i Excellence and M Sport are equipped with a turbo six-cylinder engine with a capacity of 2,998 cc which produces 380 hp and 520 Nm of torque.

Meanwhile, the BMW i7 xDrive60 gets two all-wheel-drive electric motors that churn out 544 hp and 745 Nm of torque.

All Electric BMW i7