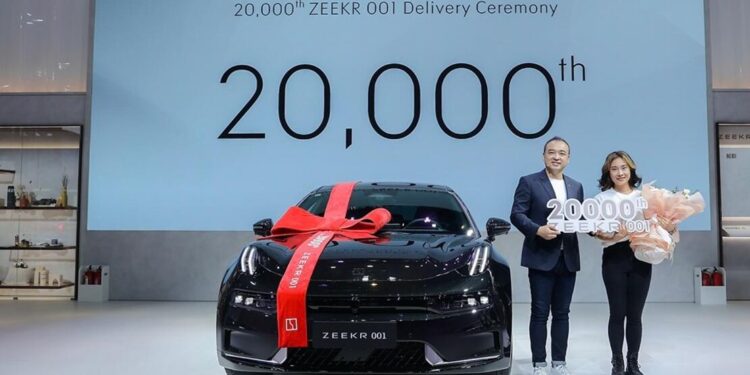 Zeekr has just announced 20,000 deliveries for the Zeekr 001, the company’s only model. The owner of the 20,000th Zeekr 001 acquired the vehicle at a ceremony at the Guangdong-Hong Kong-Macao Greater Bay Area Auto Show (Auto Shenzhen 2022).

Zeekr, the premium brand from Geely has delivered 2,137 Zeekr 001 in April. Bringing the total shipments to 16,385 since shipments began last October.

As of May 19, Zeekr has two Zeekr Centers, 81 Zeekr Spaces, and 17 Zeekr Delivery Centers in major cities across China. Zeekr targets 300 offline stores by the end of the year.