by Linda Ma
in Autonomous, China, Xiaomi
Reading Time: 1 min read
A A
0 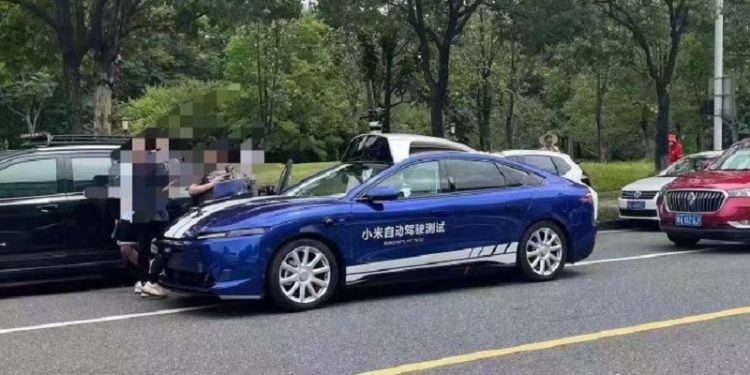 After dominating the market for smartphone, accessories and home appliances, Xiaomi is ready to compete in the electric vehicle market. The company has confirmed that it will mass-produce its first electric vehicle in the first quarter of 2024.

Rumors are circulating that Xiaomi’s car will be a fully-featured autonomous electric vehicle that will compete with Tesla and other electric car companies. Recently, a Weibo blogger shared a real-life image of Xiaomi’s autonomous car, which signifies the company is getting ahead in its development.

A blogger who goes by the username Deroy has shared an image of a Xiaomi autonomous car. Reporting from Gizmochina (8/7), the car looks to have a sleek design with a Lidar sensor on the roof. However, this is only a test car and the final design is likely to change.

It’s even possible that the car seen in the image belongs to some other brand and Xiaomi is only using it to test the Lidar sensor and other self-driving technologies.

Xiaomi’s upcoming vehicles will likely be autonomous. The Lidar sensor visible on the roof of the car is a key component of any self-driving vehicle. It provides 3D vision for vehicle computers and mechanical systems to make driving decisions.

See also: Xiaomi ready to unveil its first electric vehicle prototype in the 3rd Quarter of this year

Xiaomi is serious enough to enter the electric vehicle market. Earlier this year, the Chinese phone maker revealed plans to invest about 10 billion yuan over 10 years. Lei Jun, CEO of Xiaomi, will serve as CEO of the new smart electric vehicle business.