by David Smith
in News, Volkswagen
0 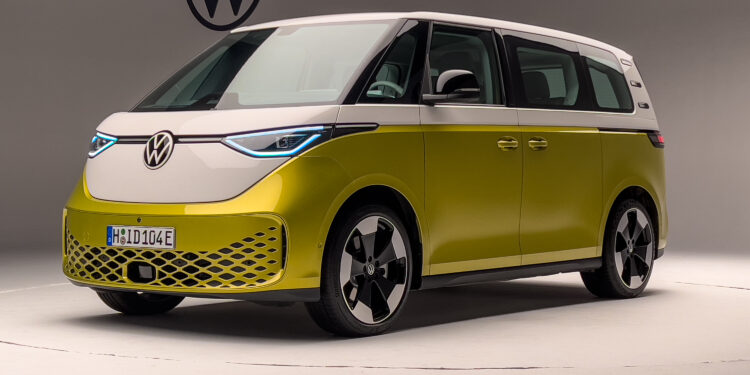 Volkswagen (VW) has temporarily suspended production for its VW ID.Buzz EV electric car at its Hanover plant, Germany. This temporary cessation of production is due to problems with the quality of electric vehicle batteries.

As is known, the VW ID.Buzz EV was first launched in March and quickly became public attention because it has a similar design to the legendary Volkswagen T1 model.

According to a report by a German publication Hannoversche Allgemeine Zeitung, Volkswagen found some defective battery cells and modules from a new supplier. This resulted in the suspension of ID.Buzz.

According to VW, the damage to this battery module makes battery performance and electric cars decline. Even this issue also causes some features like voltage and range to be affected.

It is currently known that the VW ID.Buzz EV is the only model whose batteries are taken from a new supplier whose identity remains undisclosed. The company ensures there are no problems with other EVs based on the MEB because the batteries of these vehicles are from other manufacturers.

“This is a new battery cell from a different supplier, which is currently only used on ID.Buzz. Therefore, only production in Hanover is affected, but not in other locations,” said a Volkswagen spokesman.

Around 500 units of the VW ID.Buzz EV have been produced and none has been delivered to consumers. VW itself targets the production of this electric car to be around 15,000 units this year, followed by 130,000 units per year after the initial stage.