by Shaun Williams
in Brand, Mitsubishi
0 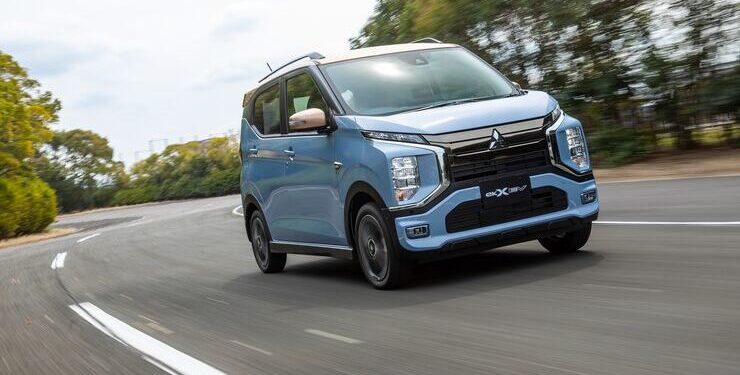 The Mitsubishi eK X EV was introduced in Japan as Mitsubishi’s newest electric Kei car after the i-MiEV and Minicab-MiEV.

Like the conventional eK X engine, the eK X EV was developed with Nissan in the joint venture of Nissan Mitsubishi Kei Vehicles (NMKV).

In terms of specifications, the Mitsubishi eK X EV gets an electric motor with 47 kW or 63 hp and 195 Nm of torque like the Sakura.

The battery capacity of 20 kWh on the eK X EV is also exactly the same as the Sakura, including the claimed mileage of 180 kilometers according to the Worldwide Harmonized Light Vehicles Test Cycles (WLTC) standard.

So what about the features? In short, there are several elements of the eK X EV’s features that are similar to the Nissan Sakura.

For example, the Mitsubishi eK X EV is equipped with Vehicle to Load (V2L) and Vehicle to Home (V2H) features.

This feature is said to be able to supply electricity to homes or electronic devices and can even charge other electric cars.

Not only V2H and V2L, the Mitsubishi eK X EV is also equipped with the MI-PILOT Advanced Driver Assistance Systems (ADAS) feature.

The MI-PILOT eK X EV not only has capabilities such as Adaptive Cruise Control (ACC) and Lane Keep Assist (LKA), but can also park the car.

Then when driving, the Mitsubishi eK X EV features an Innovative Pedal Operation Mode which is actually a One Pedal Driving feature.