by Casper Benedict
in Tesla
0 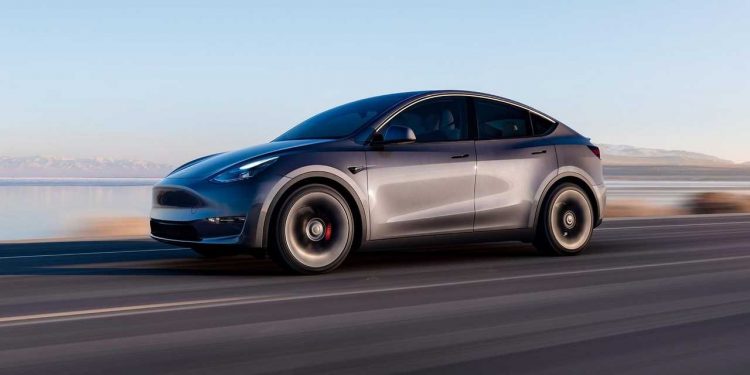 The AWD Model Y Standard Range has returned to Tesla’s lineup with a starting price of $64,000, with a limited stock of only 40 units available in the US.

Despite CEO Elon Musk’s previous claim that the Model Y would be the world’s best-selling car, it has had strong sales and is currently a top performer in the electric car market.

The “new” Tesla Model Y Standard Range, first noticed by Twitter user The Kilowatts, is equipped with 4680 battery cells and has a range of 269 miles. It is currently priced at $63,990, which is $2,000 less than the Long Range version that has a range of 330 miles.

BREAKING: It appears Tesla is has restored the Standard Range AWD Model Y (269mi range) with 4680s built in Texas to their inventory with ~40 currently for sale across the county starting at ~$64,000 just a couple thousand dollars cheaper than a Long Range AWD (330mi range). pic.twitter.com/EPPhBXaPWa

Given the recent price cut by Tesla, the Model Y Long Range now has a price tag of $52,990 and the Performance model is priced at $56,990. This raises the question, why would anyone purchase the Standard Range for $7,000 more than the Performance version?

It is not clear why Tesla has made the decision to sell the Standard Range Model Y at a higher price point, despite recent price cuts. The company has recently brought the Model Y within the threshold of the 2023 EV tax credit for the first time.

It is possible that the new 4680 battery cells are more expensive, or it could simply be an error. However, Tesla has increased production capacity of the Model Y to over 1,000 vehicles a week and has achieved a feasible output of the new 4680 battery cells. The company plans to eventually use the new cells in all of its models, but it will take some time before that happens.