by Linda Ma
in Tesla
Reading Time: 1 min read
A A
0 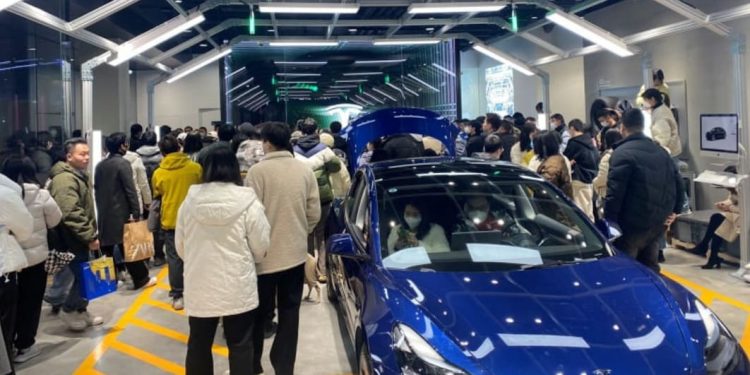 Tesla is facing backlash in China from hundreds of owners who protested outside delivery centers and showrooms after missing out on big price cuts.

About 200 people who recently purchased Model Y and Model 3 cars reportedly gathered outside a Tesla delivery center in Shanghai on Saturday, demanding rebates because the cars now cost less than what they paid.

This comes after Tesla cut prices in China for the second time in three months, as it struggles to make sales. The price cuts were intended to stoke demand for vehicles made at Tesla’s largest factory, but it has instead led to dissatisfaction among buyers.

Additionally, the move to cut prices more likely reflects depressed demand due to the ongoing COVID-19 pandemic, as well as Tesla’s floundering share price and its heavy investment in a Shanghai factory.