by Casper Benedict
in Tesla
Reading Time: 1 min read
A A
0 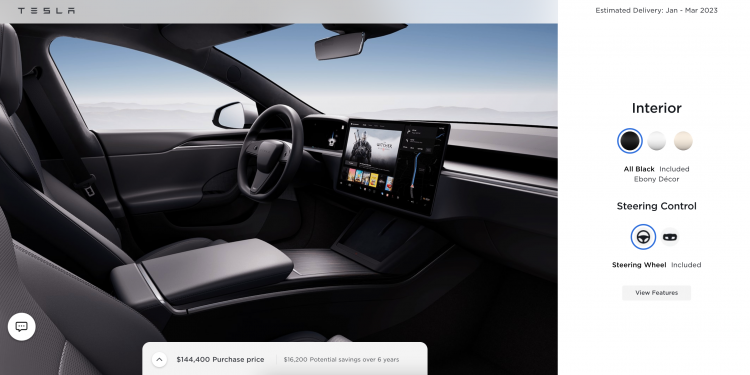 Tesla has reportedly added the option of a traditional round steering wheel in the configurator for its Model X and Model S electric vehicles (EVs). The option is available at no extra cost, and those who have already purchased a Model S or X with the yoke steering wheel can pay a $700 fee to have it replaced with the round wheel.

Some Tesla owners had criticized the yoke wheel for being impractical for one-handed use and awkward to use at slow speeds, as well as potentially unsafe in emergency situations.

When Tesla released the new Model S with its unique “yoke” steering wheel, it sparked controversy among some consumers.

Some raised concerns about the shape of the steering wheel potentially causing problems, while others were concerned about the absence of a drive stalk to select the drive mode.