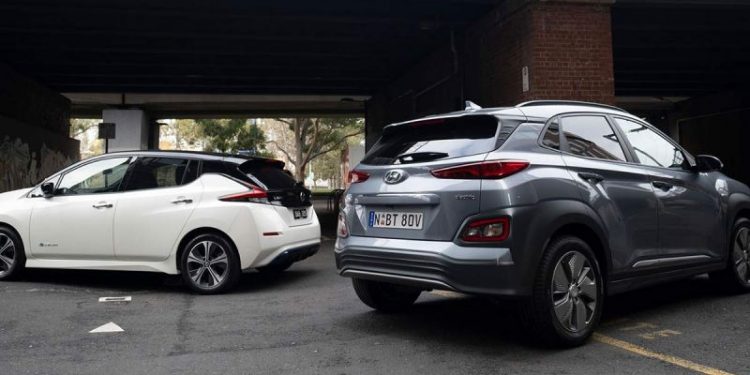 The Nissan Leaf and the Hyundai Kona Electric are both electric vehicles (EVs) that offer an alternative to traditional gasoline-powered cars. Both vehicles have their own unique features and capabilities, and it can be difficult to decide which one is the best fit for you. Here is a comprehensive comparison of the two models to help you make an informed decision:

Both cars have a smooth and quiet ride, and they handle well in corners. The Kona Electric has a slightly sportier driving feel due to its higher horsepower and torque.

The Leaf and the Kona Electric have similar interior layouts, with a minimalist design and a focus on technology. Both cars have a touchscreen display for infotainment and controls, as well as Bluetooth connectivity and smartphone integration. The Leaf has a 7-inch display, while the Kona Electric has an 8-inch display. The Kona Electric’s display is slightly larger, which may make it easier to see and use.

Both the Leaf and the Kona Electric have a good safety record and have received high ratings from the National Highway Traffic Safety Administration (NHTSA). Both cars come with automatic emergency braking as standard, which can help prevent or mitigate collisions. They also have a number of other advanced safety features available, such as lane departure warning, blind spot monitoring, and adaptive cruise control.

The Nissan Leaf and the Hyundai Kona Electric are both excellent electric vehicles that offer a viable alternative to traditional gasoline-powered cars. The Leaf has a lower price and a slightly shorter range, but it is still a capable and practical car. The Kona Electric has a longer range and more horsepower, but it costs slightly more. Ultimately, the best choice for you will depend on your specific needs and preferences.