by James Bryant
in Battery, Motorcycles
Reading Time: 1 min read
A A
0 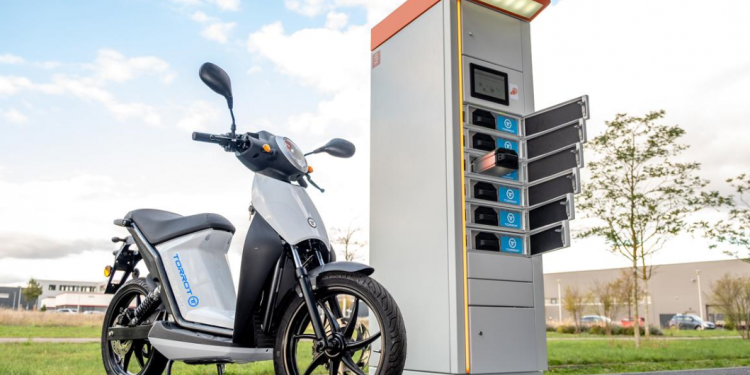 Swobbee is a German start-up that focuses on battery swaps for electric motorcycles. Not long ago, it was reported that Swobbee would join a consortium of Honda, Yamaha, KTM, and Piaggio.

Initially the Consortium was founded by the four largest two-wheel manufacturers, namely Honda, KTM, Yamaha, and Piaggio. Swobbee reportedly joined this Consortium on July 27, 2022 ago.

Swobbee is a start-up company with the concept of ‘Battery as a Service’. The company also has another subsidiary called GreenPack, which also produces standardized and portable battery designs.

These batteries are already used in some EVs and other small electrical appliances. Now Swobbee is getting to work doing the same for the electric motors that are part of this consortium.

Even though Swobbee is a smaller company than the founders of this consortium, it is this startup that really stands a chance to shine when new technologies emerge.

“Thanks to our recent investment in Swobbee, we are positioned for the continued expansion of our network of exchange stations in Germany and Europe over the next several years,” said Swobbee CFO Ludwig Speidel.

“Swobbee will be the leading exchange station for small electric vehicles. Businesses and vehicle users will then benefit from the highly convenient, efficient and sustainable Battery-as-a-Service and Charging-as-a-Service solutions near them.”

“As soon as the development process is complete and a new battery system goes into production, Swobbee will offer a compatible exchange infrastructure,” added Swobbee CEO and co-founder Thomas Duscha.

Everything you should know about Baran Energy Anubis CruiserCross

Rubber compound on EV tires : Everything you need to know