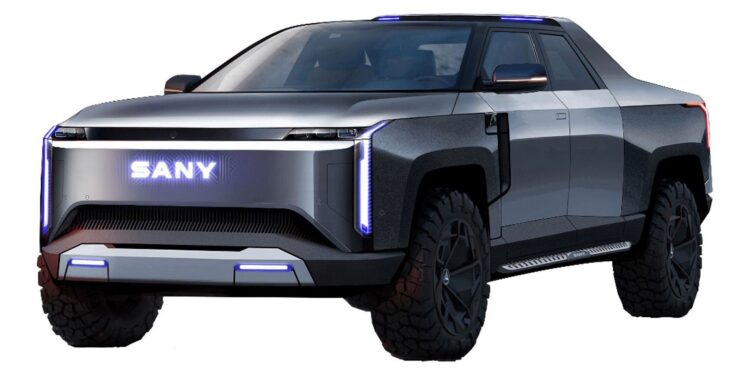 The Chinese automotive company, Sany Group, is preparing to release an electric pickup type vehicle that is ready to become a competitor to the Tesla Cybertruck.

As reported by Carscoops, the Sany Group, which is known for its commercial vehicle products such as cranes, trucks, and bulldozers, recently stated that it was preparing to release an electric pickup.

This statement is further strengthened by the registration of this electric pickup patent by Hunan Xingbida Network Technology, a company that is a subsidiary of the Sany Group.

Through a leaked photo uploaded on the official account, the Sany pickup truck stands out on the side steps, with unpainted front and rear quarter panels and black rims wrapped in off-road tires.

For the front of the car, the Sany Group designed the position of the LED DRL lights vertically, but for the additional LED lights that are near the base of the front bumper, they are made horizontally.

To sweeten the look, Sany even added a small light above the windshield. The use of LED lights is also visible on the rear view of the truck, where the lights are placed across the window and rear door to the base of the bumper.

As for the driving force, Sany is reportedly collaborating with a battery manufacturer from China, CATL, to realize an electric battery that is durable and pocket-friendly.

Unfortunately, so far the representatives of the Sany Group are still reluctant to reveal the specifications and selling prices as well as the interior of the electric pickup.

Even so, news related to the release had shocked the global market, even the pickup truck product made by the Sany Group was predicted to be the toughest rival of Tesla’s Cybertruck which is rumored to be released in 2023. 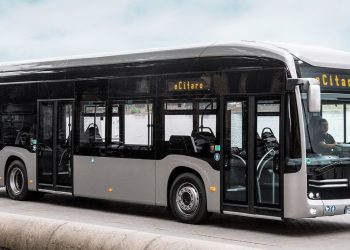