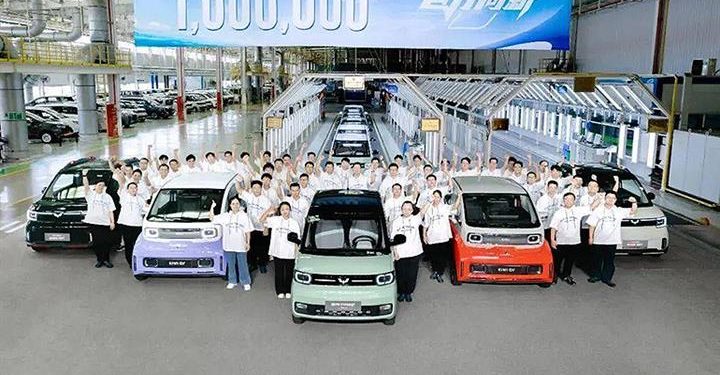 Since 2017, SGMW has introduced eight electric vehicle models in China, from the earliest Baojun E100 to the best-selling Wuling Hong Guang MINI EV. The latter has been the new energy vehicle (NEV) sales champion in China for 22 consecutive months since its launch in July 2020.

In its official statement, the Chinese manufacturer claims that the Wuling and Baojun EV successes are based on the locally developed SGMW Global Small Electric Vehicle (GSEV) platform, which offers economies of scale and significant production flexibility.

Production of the Wuling Air EV, SGMW’s first electric vehicle model produced outside of China, began on August 8 in Indonesia.

Based in Liuzhou, Guangxi, SGMW is a joint venture founded by GM, SAIC and Guangxi Automobile Group in 2002.

Everything You should know about the Wuling Kiwi EV Specifications