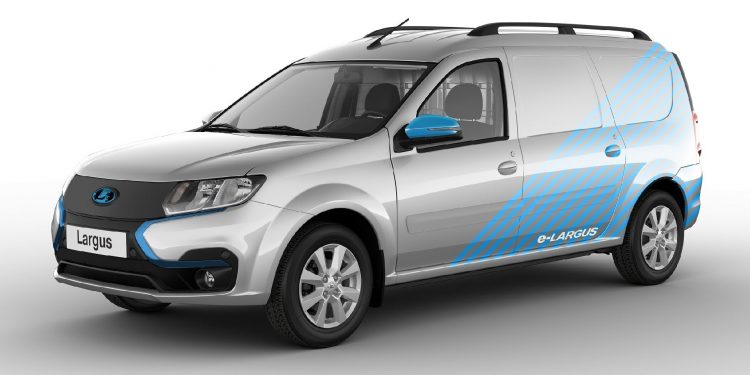 Russia’s state-owned car manufacturer Lada has announced the development and production of its first electric car since last June. This wagon-style electric car will be based on Renault’s first-generation Dacia Logan re-badged.

Please note, Renault itself introduced the Dacia Logan in 2004 and marketed it as a replacement for 12 cars based in its home country. Offered as a sedan, wagon and pickup, the Logan was sold in the global market and was mostly given the Renault badge.

Launching the Autoblog page today, Tuesday, August 9, 2022, Lada’s first electric car will be named the e-Largus. This car was developed directly by the team inside the Lada factory located in Izhevsk City, Russia.

Although Lada has not released the technical specifications of this car, but based on the circulating images, this car has a black panel on the front, but not the grille. Then the e-Largus also features blue trim and this car is a van with a seating configuration.

Lada will probably announce additional details about the e-Largus electric car in the near future. Apart from that, Lada also plans to turn the Izhevsk site into an industrial area to avoid international sanctions and create jobs and work closely with the authorities to improve electric car charging infrastructure.

Meanwhile, Lada has resumed production of several models after the factory was suspended in early 2022 due to the Russo-Ukrainian War. These return models include the Granta and the off-road Niva, first launched in 1977.