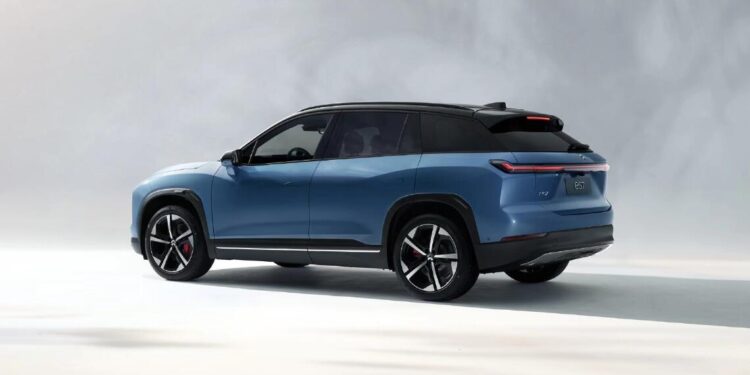 Different from the ES6 and ES8, the ES7 has a body design with the “Designed for Autonomous Driving (AD)” philosophy like the ET5 and ET7.

Call it the ES7 has a face without a grille with a Shark Nose design, a “horned” roof with sensors that feature autonomous steering, and “Air Wing” taillights.

The interior of the ES7 is as impressive as a second family room with a dashboard made of eco-friendly rattan from karuun and seats with heating, cooling, and massage functions.

Of course, like the ET5 and ET7, the ES7 is equipped with several features that make the Tesla Model X and even the Audi e-tron inferior.

First is NIO Autonomous Driving (NAD) which gives the ES7 the ability to point-to-point autonomous driving on highways and cities.

The NAD feature works using sensors on the roof of the ES7 called NIO Aquila Super Sensing. In addition to the autonomous driving feature, the ES7 is also the first car to get Banyan’s NIO Digital System operating system.

Then there are several features that have been obtained by ET5 and ET7 such as the PanoCinema digital cockpit feature with Augmented Reality (AR) and Virtual Reality (VR) technology.

The ES7 is also equipped with a Dolby Atmos 7.1.4 audio system and the NOMI artificial intelligence (AI) robot on the dashboard.

In terms of performance, the NIO ES7 is equipped with two all-wheel-drive electric motors that produce a combined power of 480 kW or 652 hp and 850 Nm of torque.

The smallest battery is claimed to have a mileage of 485 km, while the largest has a mileage of 930 km according to the China Light-Duty Vehicle Test Cycle (CLTC) estimate.