by Andy Williams
in Brand, Nissan
0 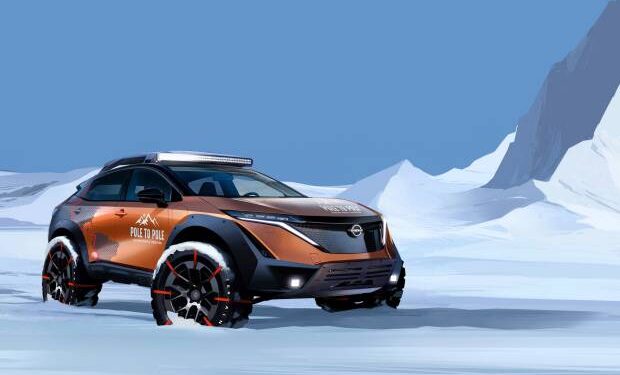 For the trip, Nissan will team up with the famous Scottish traveler, Chris Ramsey. Later the 45-year-old adventurer will be behind the wheel of Nissan’s newest electric car.

The election of Chris Ramsey is not without reason. The reason is that the man who was born on November 12, 1976 is already familiar with electric vehicles. He is the world record holder for the Guinness World Record for the longest journey on an electric motorbike in 12 hours. In addition, he has also participated in the Mongol Rally event using an electric car.

See also: Everything You should know about e-4ORCE technology for Nissan Ariya

The adventure is planned to begin in March 2023. The journey is carried out initially in the Arctic region and immediately moves to American territory. After that crossed to Antarctica and finally arrived at the South Pole.

Currently, Nissan has released the initial form of electric cars that they will use. Some of the changes made include the use of larger all-terrain tires, new suspension settings, a robust body kit, plastic coating on the wheel arches, and a roof-mounted structure with extra LEDs.

Unfortunately Nissan did not mention any upgrades to the electric powertrain. So it can be predicted that Nissan will continue to use the same battery in the standard Nissan Ariya, namely 91 kWh which can reach a distance of 580 kilometers when the battery is fully charged.

Nissan will prepare a special battery. Because the distance traveled is very far not to mention the extreme weather conditions that make the battery forced to work hard and make the range of the distance will be reduced.

That’s what according to Chris Ramsey was deliberately done by Nissan. They want to prove that electric cars are also capable of being taken to extreme conditions.

“Our mission is to prove that electric cars can also conquer harsh environments. From extreme cold weather to extremely hot weather. I am very happy to see Nissan doing some development for this car,” explained Chris Ramsay.