by Shaun Williams
in Mitsubishi
Reading Time: 2 mins read
A A
0 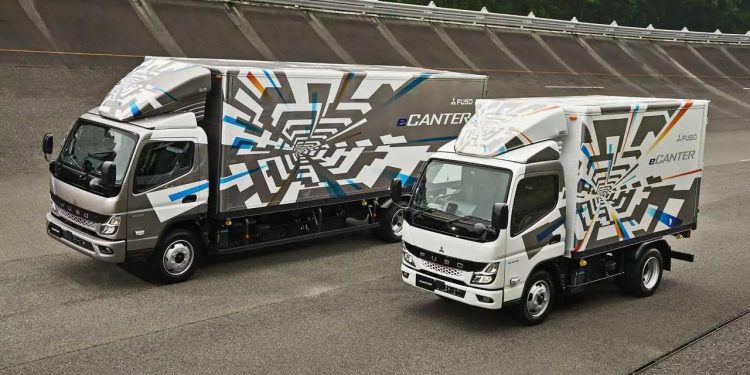 Mitsubishi Fuso Truck and Bus Corporation brings the new generation of Fuso eCanter to Europe at the IAA Transport 2022 event in Hannover, Germany which will be held this Monday (19/9/2022). The new Fuse eCanter appearance is the second appearance after it was previously released globally in Japan on September 7, 2022.

There is no change between the Fuso eCanter presented in Japan and the one brought to Europe. The Fuso eCanter has a 41 kWh battery. Interestingly, the battery has a modular system that can be adjusted according to consumer needs.

“The new generation of eCanter has a new modular battery concept that offers three options to adjust the wheelbase, namely S, M and L. S offers a range of 70 kilometers, M for those who want to reach a distance of 140 kilometers and L for the furthest distance of 200 kilometers,” said Karl Deppen, President and CEO of MFTBC and Head of Daimler Truck Asia.

Karl Deppen said the presence of the three battery options was input from consumers. Since the first generation of the Fuso eCanter was launched in 2017, they immediately tried to hear the experiences of consumers using the Fuso eCanter.

From there, many consumers feel the need for a balance between carrying capacity and costs. The reason is that the needs of Fuso eCanter users vary. “Previously the Fuso eCanter only had one mileage option, which was 100 kilometers,” explained Karl Deppen.

From consumers as well, Fuso finally carried out other developments in the new generation of the Fuso eCanter, namely variations in the wheelbase and cabin. Currently the second generation Fuso eCanter has a choice of six different wheelbases and two cabin variants.

In addition, the Fuso eCanter has also been installed with a mechanical Power Take-Off (PTO). These advantages make the Fuso eCanter able to meet the many special needs of consumers. “Nowadays you can use them for vans, tow trucks, tippers and logistics activities. Besides, these trucks are a powerful tool in meeting your CO2 reduction targets,” explained Karl Deppen.

Interestingly, the electric energy of the new Fuso eCanter battery can be used to supply electricity for household needs. Similar to the capabilities of expensive electric cars that exist today. Yes, the light electric truck from the latest Fuso is indeed becoming more and more similar to new cars with advanced technology. State-of-the-art safety technology is prepared to support safe driving.

For example, Active Sideguard Assist 1.0, which reduces the risk of accidents when turning by monitoring blind spots on the sides of the truck. When necessary, the feature activates the collision mitigation brake system.

There is also an Active Brake Assist 5 feature in the form of an emergency braking system with improved spatial recognition and pedestrian detection. The driver’s attention monitoring system, Active Attention Assist, supports the prevention of incidents caused by fatigue with white line recognition, various sensors and camera recognition face, warns driver with buzzer and dashboard display.

Intelligent Headlight Control, which automatically switches between high or low beams, and Traffic Sign Recognition, which displays traffic signs recognized by the camera on the dashboard, are also featured.

Other safety features include an Electric Parking Brake that maintains a stable braking force on inclines, and a Back Eye Camera System that helps the driver avoid collisions while reversing.

“This truck will soon be available at all Fuso dealers in Japan next year. For the international market, we are already planning to bring this vehicle to Singapore, Hong Kong, Indonesia, Europe, Australia, New Zealand and other regions of the world,” said Karl Deppen. 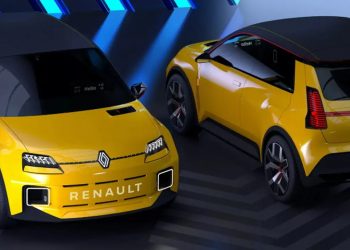 Although under the auspices of the same alliance, Mitsubishi explained that they have not yet decided whether to invest in... 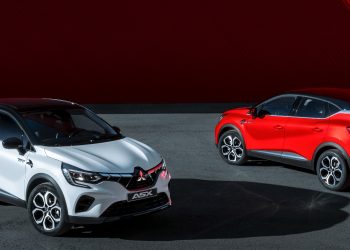 The new Mitsubishi ASX is the Renault Captur, come with PHEV powertrain

Mitsubishi has just officially launched the new ASX for the European market. The new edition of the compact SUV is... 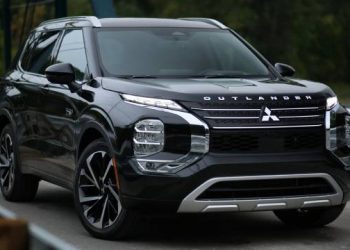 2023 Mitsubishi Outlander PHEV launched November in the US

Mitsubishi has released additional details about the 2023 Outlander PHEV, ahead of its launch in the United States this November.... 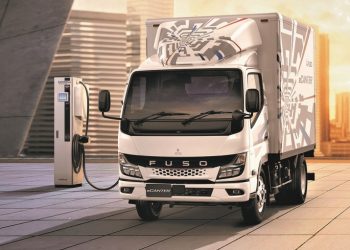