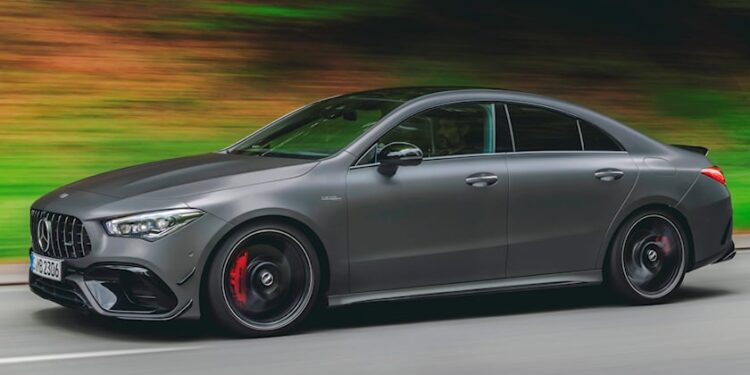 The German car manufacturer confirmed that the entry-level luxury car will consist of four models and will introduce a new platform and operating system.

The new Mercedes Modular Architecture (MMA) platform will be introduced in 2024 and supports a quartet of vehicles, the first of which is an all-electric model.

Currently, the Modular Front Architecture (MFA2) platform underpins the compact models in the Mercedes-Benz lineup, such as the AMG CLA 45.

According to Mercedes Benz CEO Ola Kallenius, the new platform will set new standards for Mercedes Benz and be called an “electric first” capable of accommodating ICE drivetrains.

“This new MMA architecture ushers in a new generation of technology, both in terms of internal drivetrain, battery chemistry and efficiency.” he added.

While Mercedes Benz rival BMW has publicly acknowledged it has prioritized high-end cars during the ongoing chip crisis and both have reported bigger profits in recent years.

“The entry-level Mercedes Benz powered by the MMA platform will prove to be more profitable than the MFA2 platform.” said the company’s CFO Harald Wilhelm.

By the middle of the decade, the world’s oldest automaker hopes to hit a 14 percent margin, with prices set to increase in the future.