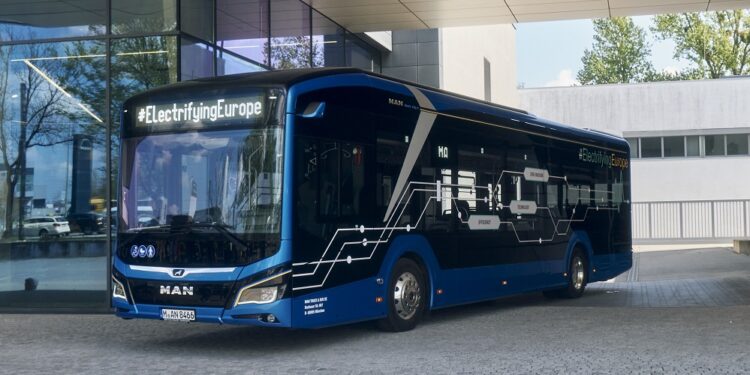 MAN Trucks & Bus carries out a tour entitled “Electrifying Europe Tour” with the MAN Lion’s City 12 E electric bus which will cross eight European countries with a distance of more than 2,500 km.

The tour is a form of MAN’s participation with an electric city bus to attend the “International Bus Euro Test 2022” which will be held in Limerick, Ireland from 9 to 12 May 2022. 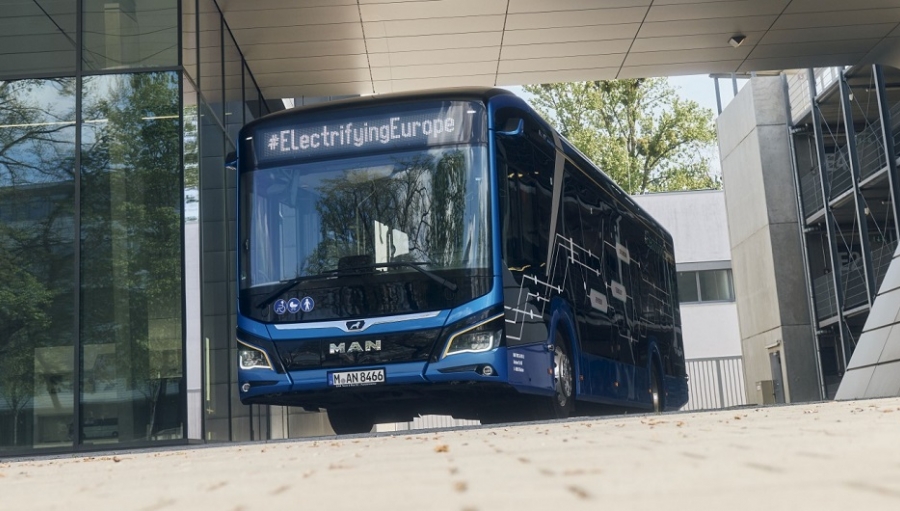 Rudi Kuchta, Head of Bus Business Unit at MAN Truck & Bus said that with this tour, his party claimed to want to show that their products are emission-free, reliable, and suitable for everyday use throughout Europe.

“In this way, our eBus can show that these buses are always sustainable and reliable on the road in various conditions and have more than enough energy even for demanding routes,” he explained on his official website, Thursday (5/5/2022). 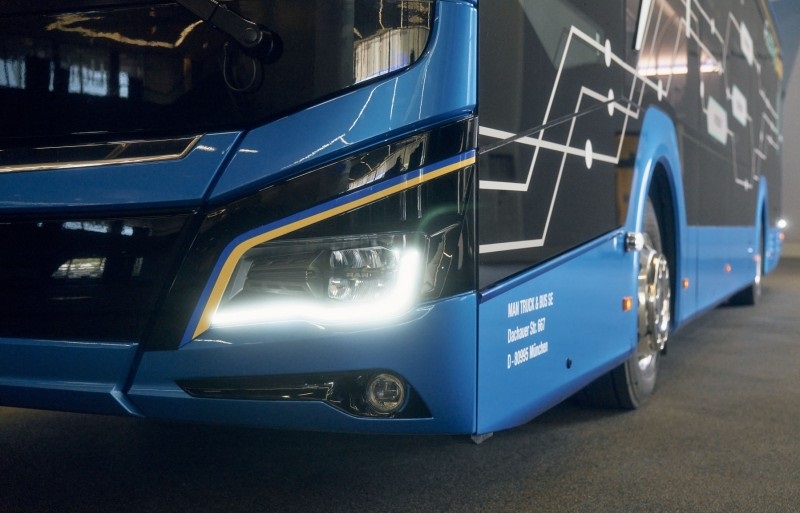 On the other hand, this German commercial vehicle manufacturer has also sent a signal of peace to the European region. The signal is shown on a city bus stamped with blue and yellow design elements referring to the colors of the Ukrainian flag.

“The bus transports and connects people across borders and nationalities. Its design shows that we at MAN stand on the side of people in need because of the war in Ukraine,” explains Kuchta.

Meanwhile, MAN has completed a new generation of city buses with the all-electric MAN Lion’s City E. Serial production of its 12-meter solo version has also started in October 2020 at the Polish MAN plant in Starachowice. 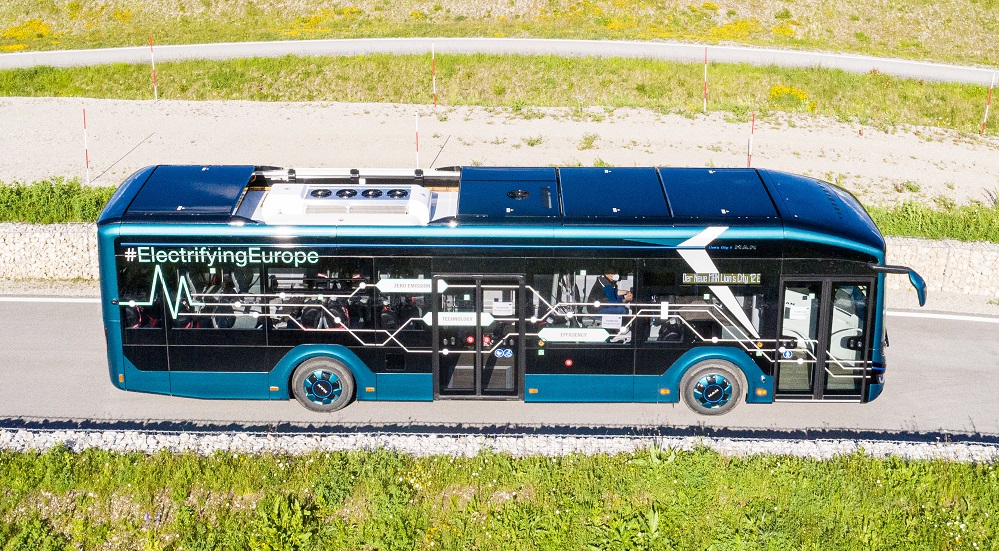 In addition, the all-electric Lion’s City 18 E articulated bus will also start serial production in April 2021. This bus offers space for up to 130 passengers.

In terms of drive, MAN relies on a central motor on the rear axle on its eBus, or two central motors on the second and third axles on the articulated bus, which benefits driving performance.

Energy for the all-electric powertrain comes from the battery on the roof of the vehicle. The electric bus offers a range of up to 350 kilometers under favorable conditions during battery life.

Daimler Will Only Sell Electric and Hydrogen Buses by 2030

Daimler Will Only Sell Electric and Hydrogen Buses by 2030