Lexus Has Found a Better Steer Yoke Formula Than Tesla 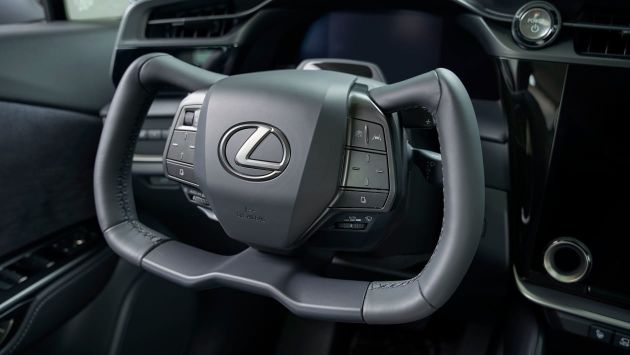 The Yoke style steering wheel is a form of steering that is loved by many car manufacturers, but despised by car drivers for reasons of its odd shape and function.

Many have discussed the Yoke’s lack of form, but if it’s ugly, why do F1 cars always use this kind of steering? So, why can’t passenger cars or even be considered ugly?

The answer turned out to be very simple, namely to improve the steering wheel ratio to fit most steering models.

This method was recently demonstrated by Lexus, where they will install a steering yoke on the upcoming RZ model. Lexus is known to use a full electric steering system or steer by wire which makes the use of the Yoke smoother and easier to use like the shape of a steering wheel in general.

Through this setting, Lexus has managed to change the number of revolutions required to adjust the tire position. And in the case of the RZ, the driver only needs to make less than one full rotation of the steering wheel to make the tires turn a maximum position.

Simply put, if you normally need to turn the steering wheel two full turns to make a sharp turn, the new configuration on the RZ takes less than a full turn to do so. The feeling might be a little weird, especially if you’re not used to it.

Lexus itself is actually not the first to use electronic-based steering technology or steer by wire, previously there was Infiniti which introduced the technology in 2014.

Later, the technology will be installed on the Lexus RZ, which is basically a luxury version of the Toyota bZ4X and Subaru Solterra. Even though it is made on a single platform, only the Lexus RZ will use a Yoke-shaped steering wheel.