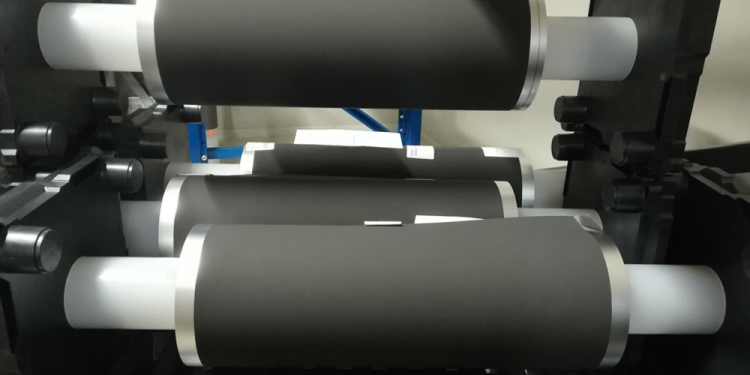 Swiss battery manufacturer Leclanché claims to have achieved a major advancement in the eco-friendly production of G/NMCA cells. They say they have developed a water-based process that reduces the cobalt content in NMCA electrodes from 20% to just 5%, while maintaining the same level of performance and safety.

Leclanché has developed a new process for producing G/NMCA cells that eliminates the use of highly toxic organic solvents, such as N-methylpyrrolidone (NMP), typically used in the production process.

The new cells have 20% higher energy density than conventional NMC cells, with the same size, weight and performance, the company said. The G/NMCA cells have an anode made of graphite, and a cathode based on nickel-manganese-cobalt-aluminium oxide (NMCA).

Leclanché, a company developing new G/NMCA cells, claims that their new cells are easy to dispose of and recyclable due to their water-based binders. The cells are said to have a nickel content of around 90%, which increases energy density and reduces cobalt content by 15%.

The company also claims that the cells have a longer service life, high cycle stability and good chargeability. The high volume density and high cycle stability make the cells suitable for electric cars, ships, buses and trucks. These new cells are expected to be available on the market in 2024. However, the company has not specified the exact composition of the cells.

Company representatives also emphasise in the release, however, that the real breakthrough lies in the production that is now possible. “With the water-based production of the high-capacity NMCA cathodes, we have reached a decisive milestone in lithium-ion technology,” says Hilmi Buqa, Vice President R&D at Leclanché. “Until now, producing them using environmentally friendly processes was considered impossible. But, now we have mastered the process.”

Leclanché has been using aqueous binders in its battery production for many years. Previously, the production process based on these binders did not allow for high energy densities required for automotive use, therefore Leclanché batteries have mainly been used in commercial vehicles and the shipping industry for hybrid ferries and electric ships.

The water-based process also eliminates energy-intensive processes for drying, flashing off and recycling solvents, resulting in lower energy consumption by 10-30%. The large-format cells are produced at the Willstätt site in Germany, while the module production takes place on a state-of-the-art automated assembly line at the company’s headquarters in Switzerland.