by Linda Ma
in China, Leapmotor, News
Reading Time: 1 min read
A A
0 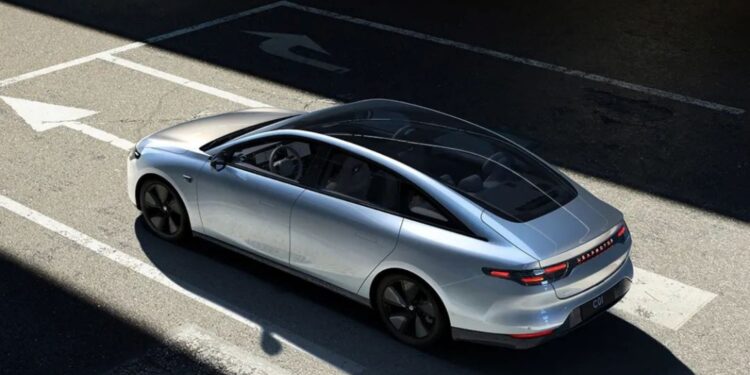 Electric vehicle manufacturer from China, Leapmotor presents the C01 electric sedan with 542 hp. This car is priced at $ 26,784 – $ 40,176 and will be marketed in the United States.

Leapmotor C01 is claimed to be able to accelerate from 0-100 kph in just three seconds. That would put it on par with cars that cost at least twice or significantly more in the United States.

This Chinese-made electric car is equipped with a 90 kWh battery pack with a maximum range of 717 km. According to Leapmotor, five different trim levels will be available at launch. The base version will still have a range of 500 km.

Reportedly, Leapmotor plans to limit the range via software as they haven’t mentioned any plans to use anything other than a 90 kWh battery pack. However, the plan is still subject to change.

Meanwhile, the cabin of the Leapmotor C01 also looks quite attractive thanks to the three large infotainment screens on the dashboard. Although not as smooth as the stunning Hyperscreen from Mercedes-Benz.

Although it is not clear when this electric car will be launched, the manufacturer has opened orders since May 10 and will produce units by the end of 2022.

Everything You Need To Know About Volkswagen ID.Buzz Design

Here is how an Air Conditioner Affect EVs Range