by James Bryant
in Battery
0 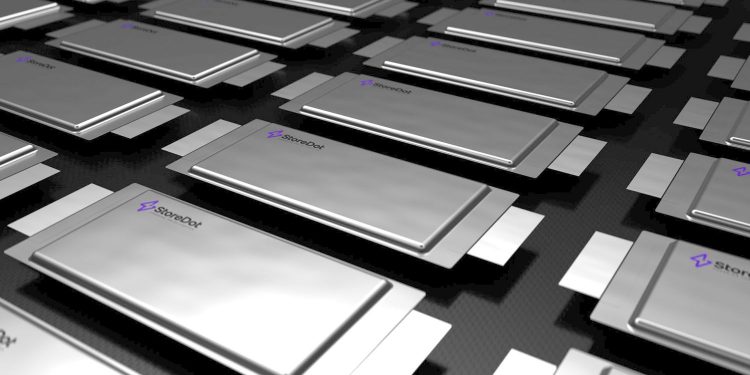 Italvolt, a cell manufacturer, has partnered with StoreDot, an Israeli battery developer. Under the agreement, Italvolt will have access to StoreDot’s ultra-fast charging technology and manufacturing intellectual property rights through a license.

The XFC batteries developed by StoreDot, which feature a silicon-dominant anode, can charge to 86% in just ten minutes and have shown durability through 1,000 fast-charging cycles. EVE Energy, a Chinese manufacturer, plans to begin producing these cells in series starting in 2024.

Italvolt plans to produce XFC cells at its factory in Italy, which would be the first such production in Europe. However, the company has not announced a start date for production. There have been reports of potential issues with the location of the 45 GWh factory in Scarmagno near Turin, as well as delays.

If production does begin, StoreDot will be the first customer as the collaboration includes an agreement for StoreDot to purchase Italvolt batteries for their own use and for their customers, which include Volvo, Polestar and Ola Electric.

“Our collaboration with StoreDot is an inflection point in our journey to deliver high-quality, lithium-ion battery cells, at scale,” says Lars Carlstrom, founder and CEO of Italvolt. “Italvolt’s technology-agnostic, modular approach to production will ensure that we remain at the forefront of the industry as battery cell technology advances.”

StoreDot CEO Doron Myersdorf added: “This agreement lets us obtain captive capacity so we can guarantee supply of cells to our future OEM customers. It is extremely important that StoreDot creates these strong relationships as we rapidly move towards mass production of our extreme fast charge batteries in the coming months.”