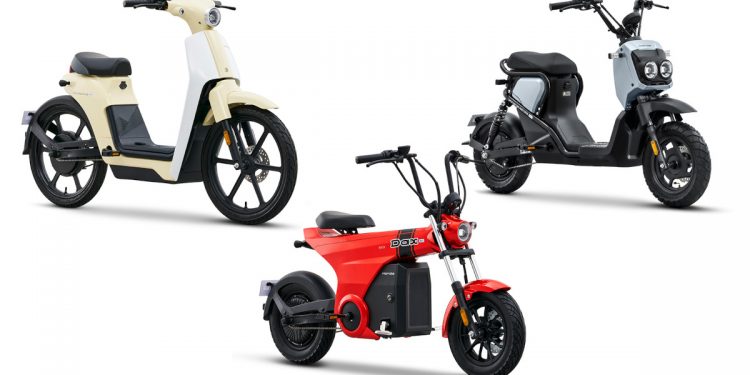 Honda, one of the world’s leading automotive manufacturers, has just launched three new electric motorbikes in China. These three electric motorbikes come with a unique design inspired by the iconic Honda models that have existed before, the Super Cub, Dax and Zoomer.

The three electric motors launched by Honda are made to resemble the Super Cub, Dax and Zoomer gasoline engines which are popular in China. Honda named these three models as Cub e:, Dax e:, and Zoomer e:.

The naming is Honda’s attempt to attract generation Z consumers in the country. The design of the three is almost similar to the petrol version, but Honda gives a unique touch to the Cub e: by giving it a deck like automatic motorbikes.

One feature that distinguishes these three electric motorbikes from the others is that they only have a single seat. Honda believes this will be more suitable for generation Z consumers who want a vehicle with a unique style and different from the others.

Interestingly, these three models can also be called electric bicycles. The reason is, Honda provides riding options like conventional bicycles in general. So, when the electric power runs out, the driver can still go on by moving the pedals.

In China itself, electric two-wheeled vehicles are categorized according to maximum speed: EB or Electric Bike 25 km/h or less, EM (Electric Moped) 26 km/h or more to 50 km/h or less, EV (Electric Vehicle) 51 km / hour or more. All three announced models fall into the EB category.

The launch of the three new electric motorbikes in China is expected to be the start of a change towards a more environmentally friendly mobility and contribute to achieving the goal of reducing global exhaust emissions.