by James Bryant
in Brand, Honda
0 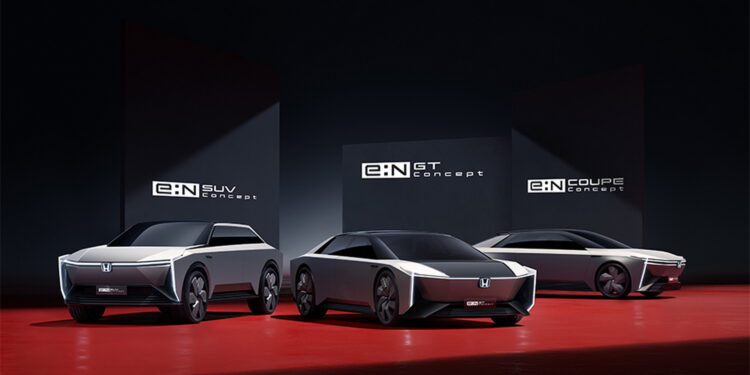 Honda recently announced its electrification vehicle strategy by launching 30 EV models, with a target of producing 2 million units by 2030. Later, Honda’s electric cars are based on three new EV-specific architectures that are already under development.

Shinji Aoyama, Honda’s Head of Electrification said that the company is developing small, medium, and large platforms specifically for EVs. The small platform will be introduced by the mini LCV for the Japanese market in 2024, followed by its additional passenger mini EV sibling.

Next up is the big platform, the Honda e: Architecture that supports a full-size EV for North America coming in 2026. It’s also a good candidate for the EV sports car duo that recently appeared in a teaser.

The third platform is a mid-sized architecture developed in collaboration with General Motors. It will debut in 2027 supporting a range of affordable EVs, although Honda admits it hasn’t been decided whether those will be Honda or GM architectures, and at which factories they will be produced. However, the rollout will start in North America and gradually expand to global markets. Honda previously said that the result of its alliance with GM would allow EVs to be competitively priced.

In addition, the newly established Honda and Sony alliance will see Honda participate in the development and production of the upcoming Sony badge EV. However, the targeted market launch in 2025 is earlier than the architectural debut of mid- and large-sized EVs.