by Andy Williams
in Industry, News
0 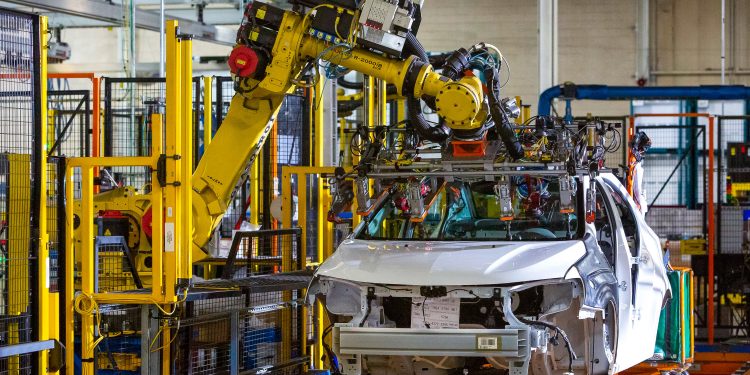 According to a recent announcement by the Mexican Economic Ministry, General Motors (GM) is planning to expand its electric vehicle (EV) production to its Ramos Arizpe plant in northern Mexico. The news was shared via a tweet showing leaders from both parties discussing the expansion.

GM, along with other major American automakers, has long had a presence in Mexico, with vehicles such as the Chevy Trax, Jeep Compass, and Chevy Silverado being produced there. This expansion into EV production would mark a significant shift for the company in the Mexican market.

According to the tweet from the Mexican Ministry, the Ramos Arizpe plant will be shifting to 100% EV production this year and aims to begin full production sometime in 2024. This follows news that GM had been increasing its workforce in Mexico by roughly 4,500, according to a clarifying tweet from the Ministry.

Mexico has become a popular location for EV production in recent years, thanks to its proximity to the United States, lower labor costs, and access to US federal EV incentives. This has attracted companies such as Ford and Tesla, and is likely influencing brands such as GM, Hyundai/Kia, and BMW, which already have significant production facilities in the country.

It is unclear which vehicles GM plans to produce at the Ramos Arizpe plant, but it is possible that the facility will produce electric versions of the Chevy Equinox and Chevy Blazer, as both of these vehicles are set to be available as EVs in the coming years. GM has not specified whether existing internal combustion engine (ICE) vehicle production lines will be halted.