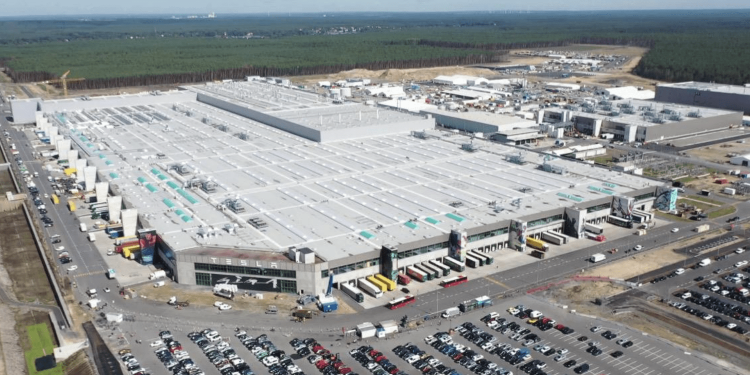 German officials met with representatives of the IG Metall labor union to discuss the Tesla Giga Berlin facility, and according to the Economic Minister of the state, Jörg Steinbach, the facility is ready for a dramatic increase in production.

Steinbach stated, “Production has to grow up a bit more.” The facility, which currently produces the Tesla Model Y, has been expanding rapidly in recent months, with a growing number of staff and a physical expansion of the plant.

The facility has onboarded roughly 200-300 people per week, reaching a total workforce of 9,000. Tesla has also cleared sections of forest for future expansion and opened parallel facilities for manufacturing waste and recycling.

However, IG Metall has raised concerns about inadequate time off and rest for workers at the facility and a lack of communication with superiors. Tesla has yet to respond to these allegations.

With increasing demand for Tesla vehicles in Europe, Giga Berlin will play an increasingly important role in production for the company, and it is expected that production numbers will continue to rise in the coming months.