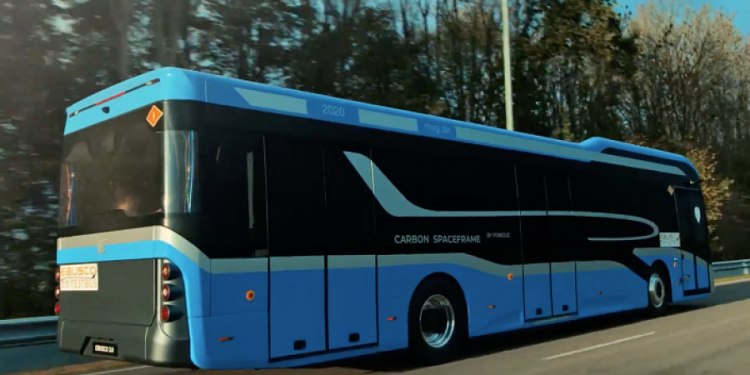 The Ebusco 3.0 was first introduced in 2019 with a very light chassis to increase the range of the vehicle. The Ebusco 2.2 model is still being offered and is still selling well.

In late 2021, Ebusco handed over 13 Ebusco 2.2s to Nobina for use in the Danish capital, Copenhagen. Follow-up orders now placed bring the total number of Ebusco buses in Nobina’s fleet to 100, making 20 percent of Nobina’s bus fleet zero-emissions.

At the same time the 2.2 was delivered in Copenhaben, in the German city of Munich, the latest model Ebusco 3.0 was delivered and is currently in operation. In 2019, Ebusco first launched the 3.0 generation light bus which is able to manage longer mileage due to its lighter weight.

The company Ebusco said “Ebusco 3.0 has a lightweight composite body based on aerospace technology. This composite material is significantly lighter and stronger, giving the bus longer distances, a single charge distance of up to 575 kilometers and an estimated longer average life span.”

Meanwhile, Peter Bijvelds, CEO of Ebusco added: “Scandinavian countries have shown interest in our electric buses from the start. We look forward to intensifying cooperation with our regular customer Nobina in Denmark and other Nordic regions.” he concluded.

In June Ebusco received its first electric bus order from Sweden, of which 23 18-meter Ebusco 3.0 units will be delivered in the second quarter of 2023.

Genesis Electrified GV70 specifications : Everything you need to know