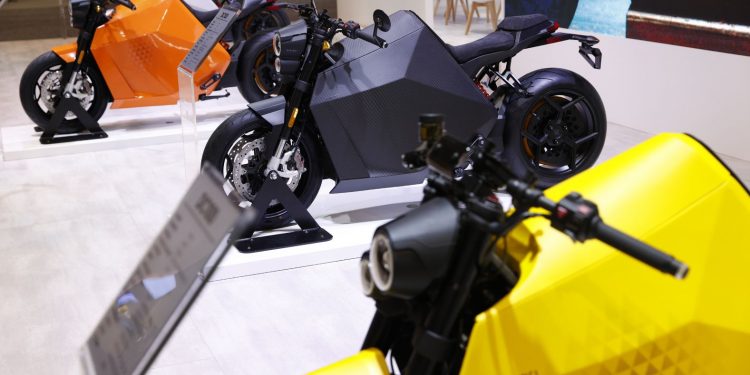 Davinci Motor, a rapidly expanding Chinese producer of advanced robotic electric motorcycles, made its debut at the 2023 Consumer Electronics Show (CES), a leading global technology exhibition. The company was prominently featured and displayed the exceptional user experience provided by its cutting-edge DC100 electric motorcycle, which also premiered in the United States.

“We are thrilled to be here at CES 2023. The huge North American market is primed for the introduction of new market entrants, and with the technical prowess and knowhow that has gone into the creation of the DC100, we are well-positioned to become a major player here within the next few years,” said Qi Wang, COO of Davinci.

“Users of traditional gas-fueled two-wheelers no longer need to compromise on performance when switching to a greener mobility solution. Given that the charging infrastructure for electric vehicles in the US market has already reached a mature stage with strong coverage nationwide, users have also no need to suffer range anxiety, a traditional pain point in the electric mobility sector,” added Qi Wang.

The North American electric mobility industry presents a significant opportunity for Davinci Motor. According to research from IMAC Group, the electric motorcycle market in North America is projected to grow at a compound annual rate of 3.5% and reach a value of US$32.9 billion by 2027.

Davinci Motor has developed an electric motorcycle, the DC100, that can compete with traditional 1,000 cc motorcycles. The DC100 boasts impressive technical specifications, with a top speed of 124 mph (200 km/h) and a 0-60 mph (100 km/h) acceleration of just three seconds, and a range of 249 mi (400 km) on a single charge. Additionally, the use of level-3 DC fast-charging stations, a standard in the North American market, allows for a full charge in just half an hour.

The DC100 also features an innovative braking system, smooth forward and reverse, and hill-start/decent assist control for an effortless riding experience, and a Combined Braking System and Traction Control System for rider safety.

Davinci DC100 Classic specifications : Everything You should know