by Linda Ma
in Motorcycles, News
0 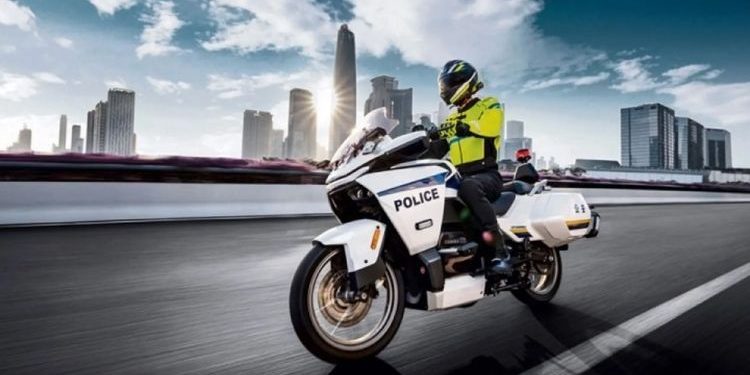 Traffic police in China are reportedly going to use electric motorbikes as their official vehicles. As the largest electric vehicle market in the world, it would not be wrong if law enforcement officers there began to try out electric motors.

Reporting from Paultan (23/6/2022), city police in China will use electric motorcycles, especially the CFMoto 300GT-E. In addition to pursuing savings that are realized from reduced fuel consumption and simpler routine maintenance for the police.

Fuel-engined motorcycles are currently banned or restricted in their use in big cities in China, such as Beijing and Shanghai.

Meanwhile, the 300GT-E platform will reportedly also be designed for various other purposes. This has led to speculation that future models of electric motors will come from the city of Hangzhou, the headquarters of CFMoto in China.

The performance of the 300GT-E comes from the liquid-cooled electric motor, which is centrally mounted with 18 kW or 24 hp equivalent, and is set to a top speed of 120 kph.

Despite having limited range, this bike is said to be capable of patrolling city streets.

Because CFMoto claims the mileage is in the range of 150 km from a fully charged battery.

As for features, there is connectivity to the police database and onboard communication is carried out via a 7.0-inch TFT screen, which includes cloud-based vehicle status and location navigation.