by Shaun Williams
in BYD
0 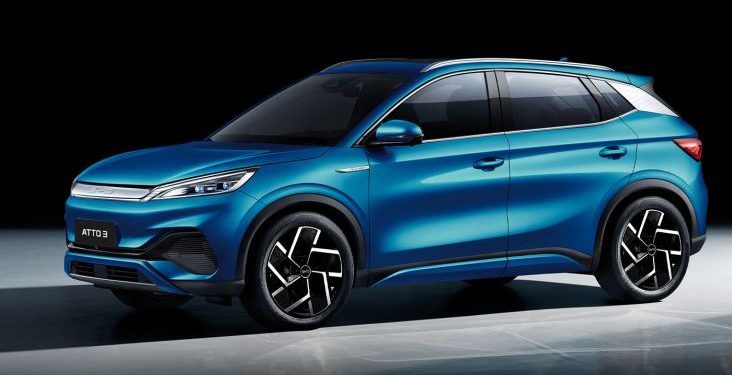 BYD ATTO 3 has distinguished itself as the best VAB Family Car in the electric vehicle segment. The jurors chose BYD ATTO 3 not only for its design, comfort, quality and practicality, but also awarded points for the high level of warranty cover, low costs per kilometer, spacious interior space, high level of standard features and its state-of-the-art technology features. VAB Editor in Chief Jan Creten explains: “We have organized this contest for more than 30 years. We test cars and judge each vehicle on comfort, infotainment, safety features, accessories, budget and off course practicality, technology and drivability. This year the cars were judged by the professional car media (30% of the total figure), customers and families (50%) and also costs per kilometer for each vehicle. This important last element contributes for 20% of the total figure.

The jurors report was clear and concluded: “This car (BYD ATTO 3) outshines European competitors” the report says. “A premium car for a sharp price’’, was another criterion. Whilst “A fresh design and “solid finish” was also mentioned by the professional media jurors. The family-jurors praised the “Fresh design” and the “youthful appearance of the vehicle” as well as the “Futuristic cockpit”, “Great Seats”, “Spacious interior” and “Large boot storage”, whilst “High Efficiency” and “Great handling” was also mentioned.

BYD ATTO 3, awarded with the maximum of 5 stars by safety organisation Euro NCAP, ended as the number one vehicles in the electric segment. A great result for a brand new vehicle that has only just been launched in Europe at the Paris Motor Show in October 2022. The BYD ATTO 3 is a spacious front wheel drive C-Segment SUV that combines modern aesthetics with exceptional intelligence and efficiency derived from pioneering electric vehicle technology and smart connectivity. Measuring 4,455 mm in length and 2,050 mm wide (with wing mirrors unfolded), the BYD ATTO 3 enjoys a 2,720 mm wheelbase and is optimised for space and comfort. BYD ATTO 3 offers seating for 5 occupants and plenty of storage in the 440-litre boot, which can be expanded to 1138 litres when the rear seats are folded flat. The vehicle offers a highly efficient 60.48 kWh BYD Blade Battery with 420km range (WLTP combined).

Michael Shu, General Manager and Managing Director, BYD Europe and International Cooperation Division, is very pleased with the prestigious prize of the Flemish Automobile Club for the BYD ATTO 3. He says: “The fact that professional car journalists awarded BYD ATTO 3 the ‘’VAB Electric Car of the Year 2023” accolade is simply fantastic. We are even more pleased that so many families also acted as critical judges during this contest and voted the BYD ATTO 3 as their number one vehicle in the electric segment.”

The BYD ATTO 3 is now launched in Norway, Sweden, Denmark, France, the Netherlands and Belgium. BYD Stores in the UK, Germany, Spain, Italy, Austria, Luxembourg and Finland will be opened in 2023. In Belgium the vehicle has been on sale since September this year with BYD-partner Inchcape in Zaventem. Stores in Antwerp and Gent will be opened soon. BYD is the world’s leading manufacturer of new energy vehicles and power batteries.