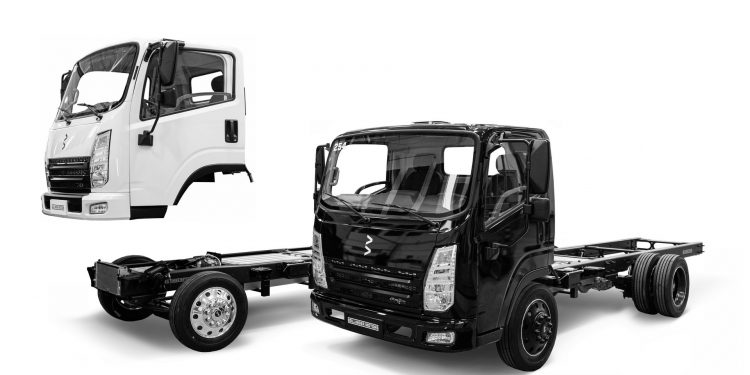 Electric vehicle manufacturer from the United States, Bollinger Motors is preparing its newest electric truck, named B4. This class 4 electric truck is claimed to be very different from previous designs because it has a forward cab, modular battery and robust rear axle e-drive.

“The design of the front cabin is a radical change from our previous concept, it was deliberately done by listening to our commercial customers and developing what they need for efficiency,” said Bollinger Motors founder and CEO, Robert Bollinger, quoted from Carscoop today (2/9). /2022).

According to Robert, the design not only allows it to maximize visibility down, in front and cargo space behind the cabin, but also allows for a very tight turning radius.

“The real propulsion will be delivered by the e-drive to the solid rear axle, to handle the load of this class 4 truck. The electrical components of the truck, using an 800 Volt platform with lithium iron phosphate batteries. According to customer requirements, B4 trucks can be equipped with one or two batteries, each of which offers a range of around 161 km,” he said.

In the statement, the B4 trucks are expected to be eligible for the newly announced 45W commercial electric vehicle tax. He expects the truck to have a 30% tax incentive under the program, which could be worth up to $40,000.

Bollinger has previously released the B1 and B2 SUVs and pickups, as well as the Deliver-E, which is based on its electric frame. It is said that currently they will start production of the B4 and plan to follow it up with heavy duty class 5 and class 6 trucks in the near future.

Everything You should know about Wuling Hongguang Mini EV Convertible