by James Bryant
in Autonomous, China
0 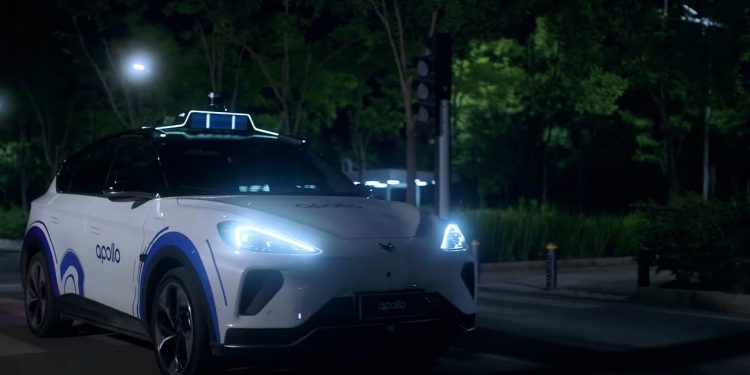 Technology company from China, Baidu, is expanding the operational area and service time of self-driving taxis in Wuhan, China. Apollo Go, a Baidu subsidiary, will launch the first robotaxi that will operate at night.

From research conducted by the company, night is an obstacle for robotaxi because the low light conditions make it difficult for the vehicle to detect the presence of objects or people around it.

Operating at night, the Baidu robotaxi will serve residents in Wuhan between 07.00 and 23.00. Previously, these unmanned vehicles could only operate from 9 a.m. to 5 p.m. in the city.

The new updated scheme is expected to increase the number of users to one million subscribers in certain areas of Wuhan, a city of more than 10 million people. Currently, there are more than 50 fully self-driving taxis in operation, Apollo Go has an operating area of more than 130 square kilometers in Wuhan.

The self-driving taxi service, which was released for the first time in August, is slowly starting to become a public favourite. Recorded in Q3, Apollo Go was able to complete more than 474,000 trips, up 311% year over year. Cumulatively, Apollo Go has surpassed 1.4 million orders in Q3.

Currently Baidu has spread its wings and started launching Apollo Go pilot services in various cities in China such as Beijing, Shanghai, Guangzhou and Shenzhen.