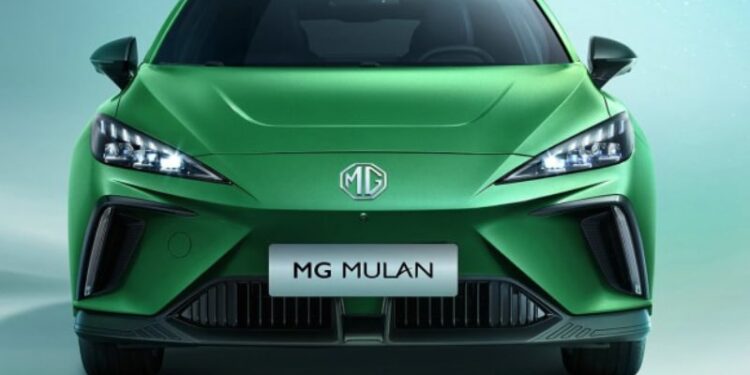 MG Motor has recently officially unveiled a new electric car whose name is taken from Chinese mythology and the Disney movie, namely Mulan.

The MG Mulan, previously referred to as MG 4 and CyberE, is rumored to be built using the EV architecture named ‘Nebula’ which is owned by SAIC Motor as the parent company.

From the images shared, the MG Mulan has a more aggressive look than the current lineup of electric MGs such as the ZS EV and Marvel R crossovers.

The hood that has a sharp design combined with a set of angular headlights makes this car appear more daring. In addition, the front bumper of this car features a unique air intake design, with the grille located at the bottom of the bumper.

The sharp design accents are again visible on the sides featuring several sharp folds combined with a horizontal line that runs from the headlights to the rear door.

Although there is no specification of what powertrain will be used, the manufacturer claims that their latest car can run from 0-100 km / h in less than four seconds.

According to reports from Chinese media, the MG Mulan will feature the latest rear-wheel drive and rear suspension to ensure greater performance when used.

Detailed information about the specifications of the MG Mulan will be disseminated a few months before its launch in early 2023. In addition, this car is also rumored to be imported to Europe using the name MG 4 in 2024.