by Casper Benedict
in Conversion, News
0 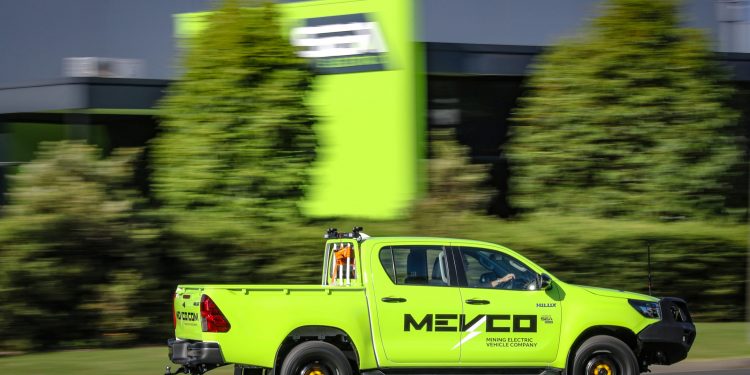 SEA Electric and Mevco, companies that provide commercial electric vehicles and specialize in light-duty electric utility vehicles for the mining industry, respectively, have teamed up to convert 8,500 Toyota off-road vehicles to electric drives for mining operations in Australia. The project is valued at approximately $1 billion AUS or 648 million euros.

SEA Electric and Mevco intend to install SEA Electric’s SEA-Drive electric drive system in 8,500 units of Toyota’s Hilux and Land Cruiser models over five years for use in the Australian mining industry. The Hilux is a pickup truck and the Land Cruiser is a large off-road vehicle. According to SEA, the electric drive system will be able to power “various mountain-specific” versions of the vehicles in 4×4 and 4×2 configurations.

The mining industry in Australia has seen a recent increase in demand for materials such as manganese, lithium, cobalt, and nickel, which is driving the need for mining-specific electric and hydrogen fuel cell vehicles for use in remote and challenging conditions.

Additionally, Australia’s abundance of renewable energy sources such as solar, wind, and wave power, makes it feasible and affordable to install mini-grids and hydrogen electrolysers for off-grid mining operations in remote locations.

According to Mevco CEO Matt Cahir, the partnership between his company and SEA Electric is crucial for the mining industry. It allows for the commercialization of leading EV technology for heavy and light commercial trucks on a large scale, tailored to the specific needs of the mining sector.

The launch of demonstration models in Melbourne, Brisbane and Perth has been met with success, as over half of the 2023 allocation of the battery-electric vehicles developed in Australia have already been pre-sold.

Furthermore, SEA Electric has seen a rise in demand for electric vehicles in the US, where the company also has a presence in Los Angeles. Recently, the company has introduced an electric step van for the US market and secured a contract to convert 10,000 school buses to electric vehicles for Midwest Transit Equipment.