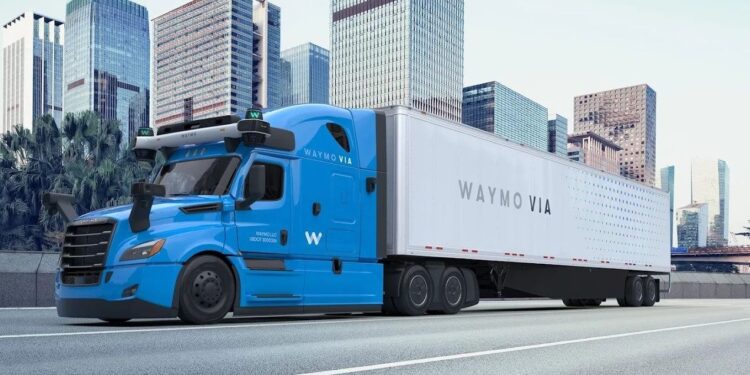 This partnership will allow Waymo customers to use Uber Freight to more efficiently plan their fleet of human-operated and automated trucks. Currently, Uber Freight’s software acts as an intermediary and connects truck drivers with freight forwarders.

For information, Waymo is not the only company that cooperates with Uber Freight. Previously, there was Aurora who collaborated in 2020.

Alphabet’s self-driving division wants to sell self-driving truck services to logistics companies. Under this plan, customers will purchase and own an autonomous truck while also paying the company a usage fee calculated based on the distance traveled.

This significant partnership with Waymo’s self-driving truck division is not the first. In which, the company has been working with the United States Air Force (USAF) for more than two years and embarked on a series of autonomous trials with Class 8 trucks equipped with the fifth-generation Waymo Driver system.

In the test, autonomous trucks delivered units for the USAF from a facility in Dallas-Fort Worth to Houston.

Waymo is also working with Daimler on a Level 4 autonomous system for trucks and is testing the Peterbilt truck fleet in Arizona, California and Texas. The autonomous truck currently being tested by Waymo had a commercially licensed driver and Waymo software engineer in the cab of the truck during the test run.