by Michael Khan
in News
0 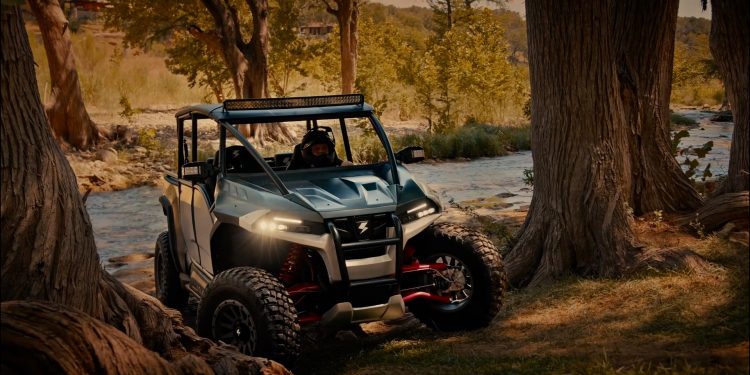 The Volcon Stag UTV has a four-wheel drive system, which automatically moves the front wheels whenever the rear wheels lose traction. Like today’s electric vehicles, the Volcon Stag UTV also has selectable drive modes. This electric UTV has a 7.2 kW onboard charger, which allows the battery to be recharged in under six hours.

If you are a vlog enthusiast, the Volcon Stag UTV has two built-in cameras, to share your off-road adventures. If you want more cargo space, the rear seats can be folded to provide more than 26 cubic feet (736 liters) of cargo space.

Volcon CTO Christian Okonsky noted, “Everyone at Volcon has worked so hard to bring the best possible UTV to market and our alignment with GM could not be a better fit for making this project become a reality. We save an enormous amount of R&D expense and gain years of drivetrain testing and validation by joining forces with GM.”