by David Smith
in News
0 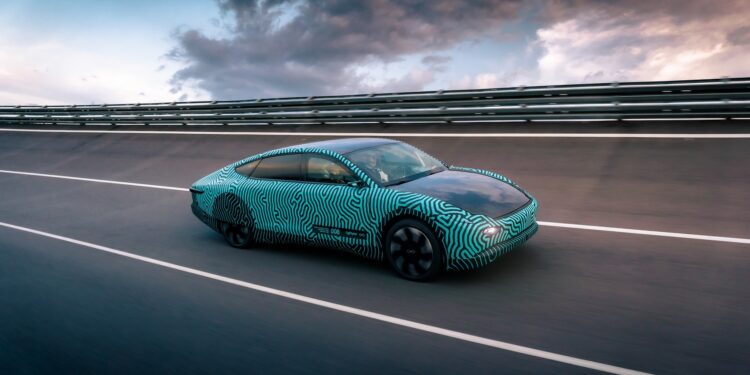 According to information that has been widely circulated, the Lightyear One is capable of driving up to 710 kilometers with a 60-kWh battery using only solar power. This car is priced around 150,000 euros. And according to the official website, the premiere will be launched online or live streaming on June 9.

Until this article was written, the Dutch company has not explained in detail about this new car. However, it will all be revealed at the first official launch. While the information that has been confirmed for this solar-powered car is: it has a length of 5.06 meters, a width of 1.90 meters and a height of 1.43 meters.

Wheelbase was not disclosed. However, the short front overhang and the not-so-long rear overhang show that this car will look sporty as well as futuristic. Then the dimensions of this car allow it to carry five adults and a luggage capacity of about 780 liters. Plus the passenger seat can be folded as needed.

See also: 5,000 Lightyear Two will be available via MyWheels from 2025

The Lightyear One has a motor in the wheels, one in each wheel. The automaker also states that the car is independently controlled and features advanced torque vectoring, but there is no information about the suspension used or how it’s braking.

One of the important aspects of the Lightyear One has to do with its solar cells. According to the company, these photovoltaic panels can provide a range of 12 kilometers when exposed to sunlight for one hour. Given that most places around the world get about 4 hours of sun exposure each day, this solar electric sedan may be able to travel an average of 48 kilometers if the owner doesn’t park it indoors.