by Shaun Williams
in Autonomous, Tesla
0 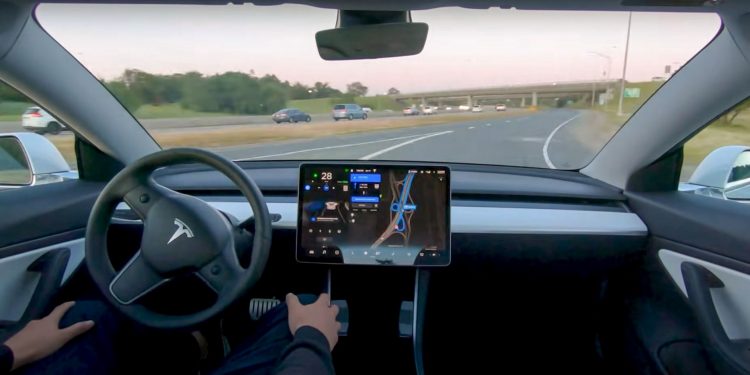 Tesla will be releasing an update to its Full Self-Driving (FSD) Beta feature in January, according to a tweet from CEO Elon Musk. This update will address user complaints about the steering wheel prompts that appear while using the driver-assist system.

In response to a suggestion to replace these prompts with Tesla Vision, which uses cameras to monitor the driver’s attention on the road, Musk stated that almost half of the disengagements in the FSD Beta system are caused by attempts to dismiss the steering wheel alerts. The update, which has been scheduled for this month, will include the option to disable these prompts.

An upcoming update to Tesla’s Full Self-Driving (FSD) Beta feature will give users the option to turn off the steering wheel prompts, according to a tweet from CEO Elon Musk.

This change will allow FSD Beta users to have a more hands-off driving experience, potentially improving Tesla’s autonomous driving performance. However, traffic safety advocates may express concern over this development. It’s worth noting that this feature will only be available on vehicles equipped with an in-cabin camera, which is necessary to monitor the driver’s attention on the road.

Older Model S and Model X models, which do not have this camera, may still receive the steering wheel prompts. It’s important to note that the FSD Beta system, which costs $15,000, requires active driver supervision and does not make the vehicle fully autonomous. The system has had its ups and downs in the past, with some versions demonstrating impressive self-driving capabilities while others have gotten drivers into trouble. The system has also faced legal challenges.